Kam Williams Reviews “From the Rough” 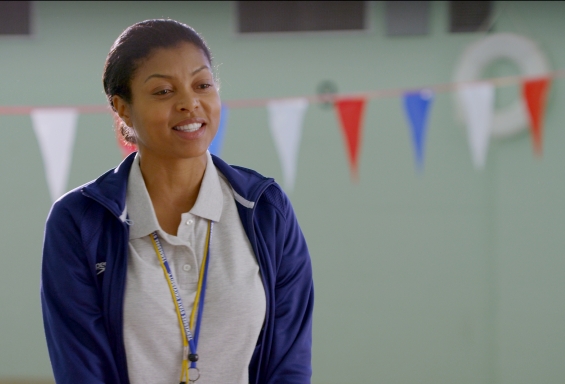 Catana Starks was serving as the female swim coach at Tennessee State University (TSU), when she learned that the school’s Athletic Director, Kendrick Paulsen, Jr. (Henry Simmons), was planning to form a golf team. Since golf had always been her first love, she approached him about becoming the new squad’s head coach.

Her first hurdle, however, was convincing him that despite being female, she’d be able to field and manage an all-male squad. Second, she’d have to fill the roster with some promising prospects.

The latter might prove to be quite a challenge, since TSU, as an HBCU (Historically-Black College/University), had an overwhelmingly African-American student body. That might make it hard to recruit good golfers. Try naming me a good black one besides Tiger Woods.

So, Catana had her work cut out for her when A.D. Paulsen did decide to give her a shot. She began by widening her search beyond the school’s normal pool of African-American candidates.

She looked near and far, even overseas, and by the beginning of the season she‘d assembled a motley, international quintet comprised of an African-American, a Frenchman, a South Korean, an Australian and a Brit. While they all were talented, each arrived on campus carrying some sort of emotional baggage.

Ji-Kyung (Justin Chon) is a wannabe gangsta who wears his pants and speaks Ebonic slang. Meanwhile, Bassam (Ben Youcef), an Algerian from Paris, is bitter about the fact that he had to matriculate in America because of discrimination against Arabs back in his homeland.

Then there’s Edward (Tom Felton), an English juvenile delinquent with a criminal record. Rounding out the crew are Cameron (Paul Hodge), an Aussie with allergies, and Craig, a black kid suffering from the soft bigotry of low expectations.

Of course, Catana proceeds to whip the boys into shape, intermittently turning to the sage school janitor (the late Michael Clarke Duncan) for advice whenever she feels the weight of the world on her shoulders. The flick also features an interracial romance between bad boy Ed and a Goody Two-Shoes (Letoya Luckett) on her way to medical school.

So, unfolds From the Rough, an inspirational overcoming-the-odds biopic co-written and directed by Pierre Bagley. The tale of female empowerment unfolds in fairly formulaic fashion, which means it’s designed for youngsters unfamiliar with the shopworn sports genre.

A well-deserved, if syrupy sweet, overdue tribute to an African-American role model and trailblazer.