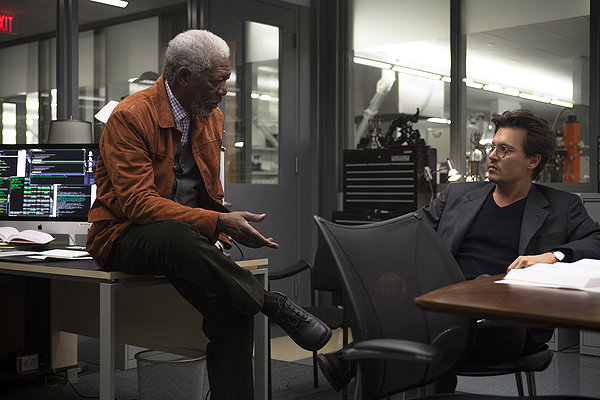 Bears (G) John C. Reilly narrates this nature documentary, set in the Alaska wilderness, chronicling a year in the life of a family of brown bears with a couple of young cubs just learning how to survive the elements, including avalanches, predators and the bitter cold.

A Haunted House 2 (R for violence, graphic sexuality, frontal nudity, drug use, ethnic slurs and pervasive profanity) Irreverent spoof of recent horror flicks featuring Marlon Wayans as a newlywed who moves his bride (Jaime Pressly) and step-children (Ashley Rickards and Steele Stebbins) into a dream home only to be plagued by the ghost of his ex-girlfriend (Essence Atkins) as well as a series of paranormal phenomena. With Cedric the Entertainer, Gabriel Iglesias, Affion Crockett and Missi Pyle.

13 Sins (R for violence, profanity and bloody images) Remake of Game of Death (2006), a horror flick revolving around a down on his luck salesman (Mark Webber) manipulated to perform a series of increasingly sinister tasks for a promised prize of $6.2 million. With Devon Graye, Rutina Wesley and Ron Perlman.

Cesar’s Last Fast (Unrated) Farm workers’ rights are the focus of this documentary chronicling the 36-day water fast which would prove to be Chicano labor leader Cesar Chavez’s final act of protest.

The Final Member (R for graphic nudity, phallic images, sexual references and brief profanity) Genitalia on ice documentary, set 30 miles from the Arctic Circle, extolling the effort of the world’s only museum dedicated to the display of penises to add its first human specimen to its prized collection.

A Promise (Unrated) Romance drama, set in Germany prior to the outbreak of World War I, revolving around a woman (Rebecca Hall) who falls in love with her husband’s (Alan Rickman) young protégé (Richard Madden) and vows to wait for his return before the war separates them for a half-dozen years. With Toby Murray, Maggie Steed and Shannon Tarbet.

Tasting Menu (PG-13 for brief profanity) Romantic comedy about ex-lovers (Stephen Rea and Claudia Bassols) who reunite to keep a reservation made a year earlier at a restaurant billed as the best in the world. With Fionnula Flanagan, Jan Cornet and Togo Igawa. (In English and Catalan with subtitles)

Vanishing Pearls: The Oystermen of Pointe a la Hache (Unrated) David vs. Goliath documentary, detailing a tiny, Louisiana fishing village’s desperate struggle for justice since having their way of life ruined by the BP oil spill of 2010.