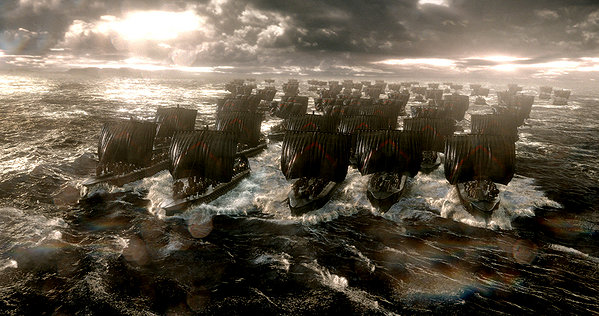 Awful Nice (R for profanity and sexuality) Tale of redemption about a popular college professor (James Pumphrey) who tries to mends fences with his deadbeat brother (Alex Rennie) as they drive cross-country to their father’s funeral. Cast includes Todd Sklar, Yakov Smirnoff and Laura Ramsey.

The Face of Love (PG-13 for a drug reference) Romance drama about a widow (Annette Bening) who goes to great lengths to hide from her new boyfriend (Ed Harris) the fact that he’s the spitting image of the husband she lost five years earlier. With Robin Williams, Amy Brenneman and Jess Weixler.

A Farewell to Fools (PG-13 for brief profanity and a violent image) World War II farce, set in a simple Romanian village, highlighting Nazi occupiers’ search for the perpetrator after the body of a German soldier is discovered by a local boy (Bogdan Iancu). Starring Gerard Depardieu, Harvey Keitel and Laura Morante.

A Fragile Trust (Unrated) Journalistic ethics expose about Jayson Blair, the African-American reporter for the New York Times who was dismissed in disgrace after being caught plagiarizing many of his stories.

Grand Piano (R for profanity) Tale of redemption about a failed child prodigy (Elijah Wood) once crippled by stage fright whose attempted comeback is imperiled by an anonymous death threat if he plays even one wrong note during a performance. With John Cusack, Dee Wallace and Kerry Bishe.

Honey (Unrated) Euthanasia drama about a self-appointed angel of mercy (Jasmine Trinca) who takes it upon herself to help gravely-ill patients commit suicide. Featuring Carlo Cecchi, Libero De Rienzo and Iaia Forte. (In Italian with subtitles)

In Fear (R for profanity, terror and disturbing violence) Primal horror flick about a young couple (Iain De Caestecker and Alice Englert) who gets spooked when they realize they’re not alone after getting lost while driving in the Irish countryside. With Allen Leech.

Journey to the West (PG-13 for violence, sexuality, bloody images and partial nudity) comedy fantasy about a Buddhist monk (Zhang Wen) who develops feelings for the demon hunter (Qi Shu) helping him protect his village from a trio of evil spirits. With Bo Huang, Show Luo and Shing-Cheung Lee. (In Mandarin with subtitles)

Particle Fever (Unrated) Big Bang documentary tracing six leading physicists’ search for the Higgs boson with the help of the Hadron collider in their attempt to unravel the mystery of the origin of the universe.

Tasting Menu (PG-13 for brief profanity) Romantic comedy about ex-lovers (Stephen Rea and Claudia Bassols) who reunite to keep a reservation made a year earlier at a restaurant billed as the best in the world. With Fionnula Flanagan, Jan Cornet and Togo Igawa. (In English and Catalan with subtitles)