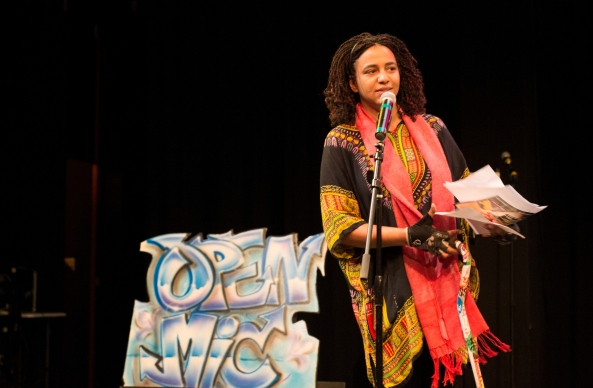 The Oregon Shakespeare Festival hosts three free Hip-Hop Poetry Open Mic events this spring on March 10, April 7 and May 5, each from 7 to 9 p.m. at the Black Swan, 15 S. Pioneer St., Ashland. Doors open at 6:30 p.m.; space is limited.

In addition to inviting the community onstage to share their talents in poetry, music, dance, and theater, each night will highlight a different featured artist: the Q Brothers on March 10, Samiya Bashir on April 7 and Los Porteños on May 5.

The first featured artists of the three-event series are the Q Brothers. Musicians, actors, writers, educators, and DJ's, GQ and JQ created and starred in the award-winning, internationally-acclaimed productions, “Othello: The Remix” and “Funk It Up About Nothin'” — both musical, hip hop "add-RAP-tations" of Shakespeare's classics.

OSF has commissioned the Q Brothers to create a contemporary language, hip-hop version of “The Two Gentlemen of Verona,” a commission made possible by a grant from the Hitz Foundation.

These events are open to the community, providing an opportunity to work on original material in front of live and deeply supportive audiences. OSF has been producing poetry slams and open mics since 2007.