The New Black: a Film about Gay Civil Rights 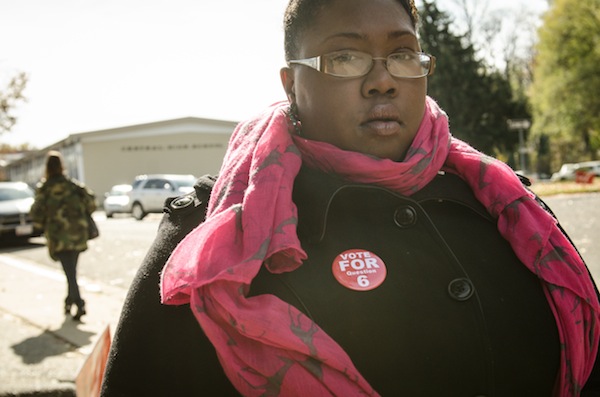 The African-American community has been slow to get on the gay rights bandwagon, at least according to exit polls conducted on election days in states like California where the narrow defeat of same-sex marriage in 2008 was blamed on black folks. What’s up with that? After all, one would expect blacks, as the long-suffering victims of segregation and discrimination, including miscegenation laws forbidding race-mixing, to be quick to support LBGT equality.

But that hasn’t been the case according to The New Black, an eye-opening documentary directed by Yoruba Richen. The film follows the recent effort of African-American activists to rally support for Proposition 6, a Maryland same-sex referendum. This was to be no mean feat, given the way that the Black Church has dragged its feet in terms of LGBT issues. 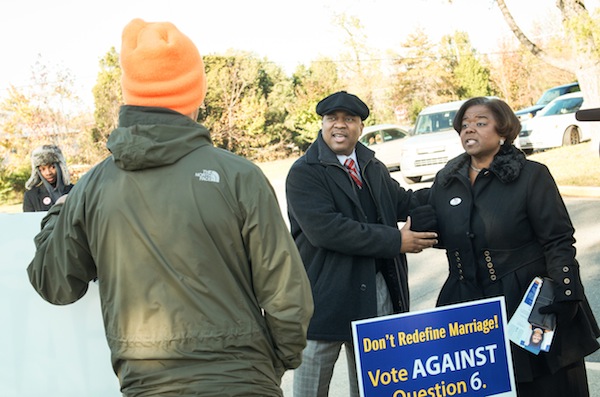 The gay rights movement was apparently up against walking around money greasing the palms of black pastors coming courtesy of Mormons and white Evangelicals eager to sway the African-American vote. The Born Again crowd pressed for a literal interpretation of scriptures that leave no doubt about God’s will. Still, Bible-thumping bigots are ostensibly at odds with the open-minded attitude advocated by George Gershwin’s heretical hymn, “It Ain't Necessarily So” which warns that “The things that you’re liable to read in the Bible ain’t necessarily so.”

As far as conservative black ministers, some have called homosexuality “a white man’s disease,” and shunned members of their congregation who have come out of the closet. This even happened to Tonex, a Grammy-nominated Gospel singer who found his homosexual “perversions” criticized by colleague Reverend Donnie McClurkin, a convert to heterosexuality who has come to reject what he refers to as the gay lifestyle.

Nevertheless, most brothers seem to be coming around to a more tolerant attitude, despite the homophobia previously permeating black culture. For example, as a presidential candidate, Barack Obama narrowly defined marriage “as a union between a man and a woman,” only to arrive last year at a belief that “our journey is not complete until our gay brothers and sisters are treated like anyone else under the law.”

The African-American community collectively jumps the broom over its last big taboo!