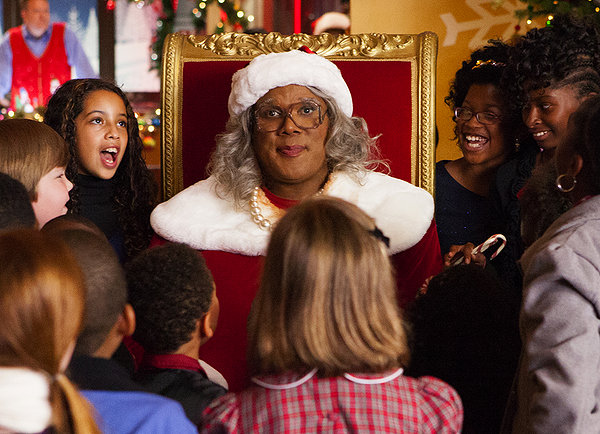 The Hobbit: The Desolation of Smaug (PG-13 for intense violence and frightening images) Second installment of the fantasy trilogy based on the J.R.R. Tolkien classic finds Bilbo (Martin Freeman), Gandalf (Ian McKellen) and company continuing their epic journey to Lonely Mountain for a showdown with a fearsome dragon (Benedict Cumberbatch). Cast includes Orlando Bloom, Cate Blanchett and Stephen Fry.

Brave Miss World (Unrated) Female empowerment biopic recounting how Miss Israel Linor Abargil first went on to win the Miss World beauty pageant just six weeks after being abducted, raped and stabbed. She subsequently spoke out about sexual assault over the course of her reign.

The Crash Reel (Unrated) Daredevil documentary chronicling the fierce rivalry between fellow snowboarders Shaun White and Kevin Pearce culminating in the former’s winning a gold medal at the Olympics the year after the latter suffered a near-fatal injury during a training run.

Here Comes the Devil (Unrated) Psychological horror flick, set in Mexico, about a couple (Francisco Barreiro and Laura Caro) whose kids (Michele Garcia and Alan Martinez) vanish while on a family vacation in Tijuana only to behave strangely different when found. With Jessica Iris, Dana Dorel and David Arturo Cabezud. (In Spanish with subtitles)

Hours (PG-13 for violence, mature themes and drug use) Recently-deceased Paul Walker stars in this tale of survival, set in New Orleans during Hurricane Katrina, as a father who tries to keep his premature baby daughter alive after his wife (Genesis Rodriguez) dies during childbirth. With Nick Gomez, Judd Lormand and Michelle Torres.

The Last of the Unjust (PG-13 for mature themes) Holocaust documentary about Theresienstadt, a model ghetto designed by Hitler henchman Adolf Eichmann to mislead Jews about its true function as the final stop before the gas chambers. (In German, French and English with subtitles)

Nuclear Nation (Unrated) Tsunami documentary chronicling the continuing fallout for Japanese refugees displaced by the meltdown at the Fukushima power plant in the wake of the 2011 Earthquake.

Some Velvet Morning (Unrated) Neil LaBute wrote and directed this midlife crisis drama about a married man (Stanley Tucci) who becomes obsessed with his estranged mistress (Alice Eve) after failing to convince her that he’s finally left his wife for her.

Tricked (Unrated) Absurdist farce about a businessman (Peter Blok) whose life starts to spin out of control at a 50th birthday party thrown for him by his wife (Ricky Koole) when his pregnant mistress (Sallie Harmsen) shows up uninvited. With Robert de Hoog, Carolien Spoor and Pieter Tiddens. (In Dutch and English with subtitles)

documentary in which he grills former Secretary of Defense Donald Rumsfeld about the War in Iraq and other political issues.