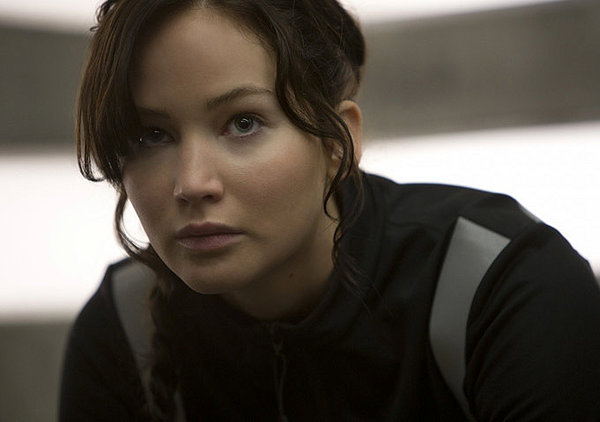 Despite only being introduced in 2008, The Hunger Games trilogy has so captured the collective imagination of kids the world over that it has already eclipsed Harry Potter as the best-selling children’s book series of all time. Suzanne Collins’ post-apocalyptic adventure is set in Panem, a disturbing dystopia marked by the brutal subjugation of the overwhelmingly-poor majority by the very powerful, privileged few.

In the first installment, heroine Katniss Everdeen (Jennifer Lawrence) grudgingly participated in a winner-take-all death match against other teens, each representing his or her home district. Known as the Hunger Games, the annual competition is staged as entertainment ostensibly designed to distract the masses from their pitiful plight.

Wise beyond her years, underdog Katniss emerged triumphant at the end of the first episode by virtue of a combination of craftiness, compassion and her skills as an archer. However, she did break a cardinal rule by sparing the life of her co-winner, Peeta (Josh Hutcherson), her friend and male counterpart from District 12.

At the second installment’s point of departure, we find the pair embarking on a government-sponsored victory tour around the country. However, when their speeches stir up revolutionary fervor in the crowds, a vindictive President Snow (Donald Sutherland) breaks a promise by drafting them to take part in the Quarter Quell, a tournament of champions comprised entirely of former Hunger Games winners.

So, it’s not long before they’re back in training for another free-for-all, this time engaging elite opponents blessed with gifts ranging from fang-like teeth to uncanny intuition to chameleon-like camouflage to the ability to harness electricity. Each of the entrants, known as tributes, is introduced by Caesar Flickerman (Stanley Tucci), the festivities’ unctuous master of ceremonies.

Once the pomp and circumstance of the decadent opening ritual are out of the way, the relatively-gruesome main event begins. Allegiances are forged, and bargains are made, followed by literal and figurative backstabbing in a desperate contest which ultimately mandates a cruel betrayal of any loyalties.

For all its frenetic action, this uneventful installment nevertheless suffers slightly from a classic case of inbetweenie-itis, since it basically serves as a bridge to the trilogy’s exciting conclusion. A water-treading sequel that achieves its goal of satiating the fans’ bloodlust while whetting their appetite for the franchise’s grand finale.