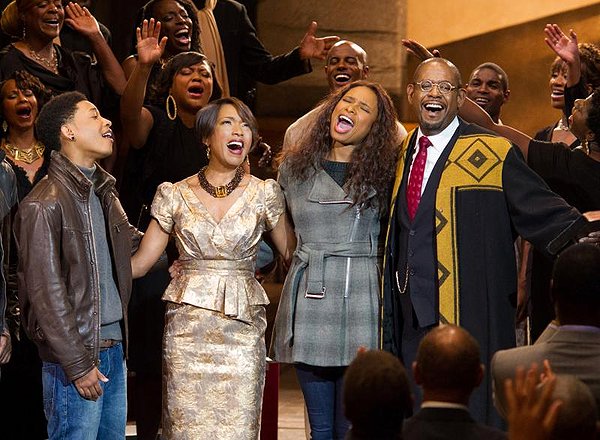 Naima (Jennifer Hudson) is a single-mom struggling to pay the rent on the apartment she shares with son Langston (Jacob Latimore), 15, who’s the same age she was when she had him. Back then, she was as headstrong as he is now, which explains why she ran away from a good home in Harlem to raise him alone in Baltimore.

Today, upon receiving an eviction notice, cash-strapped Naima reluctantly sends the rebellious adolescent in need of a father figure to New York to live with her parents, Aretha (Angela Bassett) and Reverend Cornell Cobbs (Forest Whitaker), prominent members of the black community. But Langston lands in trouble even before they have a chance to pick him up at the bus station, so they end-up having to bail him out of jail.

Is it too late for anyone to make a difference in the rebellious juvenile delinquent’s life? Can the Cobbs mend the fractured relationship with their long-estranged daughter? Will Langston belatedly bond with the absentee father he’s never known?

These are the pivotal questions raised in Black Nativity, a modern morality play based on the Langston Hughes musical of the same name. Adapted and directed by Kasi Lemmons (Eve’s Bayou), the film features an engaging soundtrack sprinkled with evocative onscreen performances by cast members including Mary J. Blige, Nas and Tyrese, though all pale in comparison to those by Jennifer Hudson.

Fair warning to theatergoers ordinarily operating on CPT. Don’t take the risk of arriving too late to catch the incomparable diva’s unforgettable opener, “Test of Faith,” a showstopper every bit as memorable as her heartfelt rendition of “And I Am Telling You I’m Not Going” as Effie in Dreamgirls.

A timeless parable as memorable for its uplifting spirituals as for its moving message about the importance of faith and family.