Video: Jada Pinkett Admits She Had Many Addictions in Her Youth

CNN
Published: 25 September 2013
Hindsight is 20/20, and at 42 Jada Pinkett-Smith has clarity on her past addictions.

The actress and singer celebrated her 42nd birthday on September 18, and she reflected on Facebook the wisdom that age has brought.

"What I learned about myself is this," she told her fans. "(W)hen I was younger I was not a good problem solver, meaning I had a very difficult time with dealing with my problems in life. I had many addictions, of several kinds, to deal with my life issues." 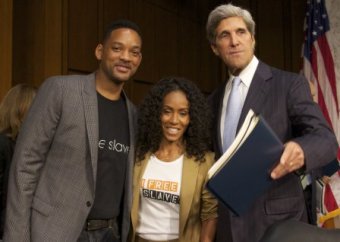 But these days, "at 42, I have my wisdom, my heart and my conscience as the only tools to overcome life's inevitable obstacles."

Some of those inevitable obstacles may include press coverage of her marriage to superstar Will Smith. The couple have been the subject of a number of rumors over the years, including recent ones that they were headed toward a divorce or in an open marriage.

"Will and I can both do whatever we want, because we trust each other to do so," Pinkett-Smith said earlier this year. "This does not mean that we have an open relationship. This means that we have a grown one."

While she might have handled such speedbumps differently in the past, these days, Pinkett-Smith says she has "the tools" to be "a good problem solver ... and I am damn proud."