The Oregon Shakespeare Festival is reaching out to support one of the most beloved African American theater companies in the nation with a reading of August Wilson's "Radio Golf," at 7 p.m. Monday, June 24 in the Angus Bowmer Theatre.

Part of OSF's Juneteenth Celebration, the event benefits "Penumbra Theatre Company in St. Paul, Minn., which suspended its work last fall due to an income shortfall. Penumbra is one of the largest and most significant African-American theatre companies in the United States.

The company's 2013 budget was reduced by $800,000, and the theatre cut six full-time staff positions. Through strong leadership, a committed board, and the generosity of donors from around the country, the theatre was able to open its doors in 2013 after the suspension.

The reading is "Donate What You Want." You can reserve a seat for $15 prior to the show by calling the Box Office at 541-482-4331 or going online at www.osfashland.org. Or you may donate at the event. Checks should be made out to Penumbra Theatre Company. No cash or credit cards will be accepted.

OSF is also holding a separate Juneteenth Celebration, a free event, June 24 from 1 – 2 p.m. on the Courtyard Stage. This live performance will showcase the lives of pioneering black women, whose achievements have deeply impacted the world. Organized by company members, Juneteenth was first celebrated in Ashland 15 years ago as a company event. 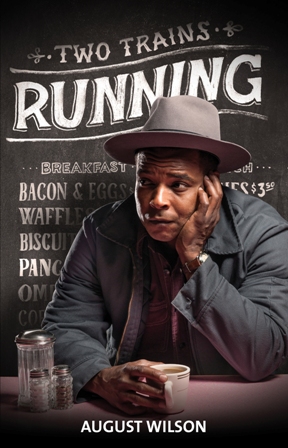 Recognizing the national importance of Penumbra Theatre Company and OSF's collaborative relationship with artists from the Twin Cities area, OSF chose to join in the fund-raising effort.

"We find ourselves at a time and space wherein the diversification of major stages in the US threatens the health of culturally specific theater companies," said Lou Bellamy, founder and artistic director of Penumbra and director of this season's OSF production of August Wilson's "Two Trains Running." "The threat is such that national foundations and theater networks (such as Theatre Communications Group) are focusing intently on developing strategies to ensure our survival.

"Partnerships such as this ensure a vibrant ecology for the American theater landscape, one that honors the pioneering role theater companies like Penumbra and so many others have played in diversifying the American theater landscape. We are proud to have given August Wilson his first professional production, and proud as well of Oregon Shakespeare Festival for valuing Penumbra's unique role in nurturing artists of color, many of whom go on to find careers throughout the United States."

Constanza Romero, August Wilson's widow, noted: "August's final play, 'Radio Golf,' was written during the final months of his life. In 2005, before the play was to open in Los Angeles, he was diagnosed with a terminal illness, and was forced to face the fact that he could not usher this work to New York, as he had done all the other plays. I witnessed the Herculean determination, and the insurmountable courage he had to summon in order to finish the last installment of the American Century Cycle. I consider 'Radio Golf' August's final gift to all of us, and we are all the richer for it."

Washington, in considering Wilson's work, said, "'Radio Golf' holds a special place for me. It's the part of the Century Cycle that I feel speaks most directly to my generation's experience—what gentrification has meant to me, what it means to navigate the old neighborhood and feel like an outsider, and what it means to feel like an outsider because of your ties to the old neighborhood."