Kam Williams Special to The Skanner News
Published: 28 May 2013 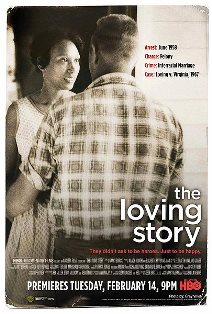 Soon after Mildred Jeter and Richard Loving tied the knot in Washington, DC on June 2, 1958, they decided to move back to their tiny hometown of Central Point, Virginia to settle down and start a family. The groom, a bricklayer by trade, even purchased a plot of land where he promised to build his bride a house.

However, Virginia was one of 24 states where interracial marriage was still illegal because of racist laws designed to rob minorities of their dignity and to keep them in a lower social and economic status. Since Richard was white and Mildred was a mix of black and Native-American, it was just a matter of time before the local sheriff would catch wind of their illicit liaison and crack down on the felons like a ton of bricks.

And in the middle of the night, he and a posse broke down the door, dragging the newlyweds off to jail while threatening to rape Mildred. Given that this was Virginia during the disgraceful days of Jim Crow, the Lovings were, of course, ultimately found guilty and each given a one-year sentence for the crime of marrying across the color line.

As their appeal dragged on, Mildred wrote to then Attorney General Bobby Kennedy for help avoiding incarceration. He declined, but suggested she approach the American Civil Liberties Union, which did decide to take the case.

"Just tell the Supreme Court I love my wife," Richard directed the ACLU attorneys as they prepared to argue before Chief Justice Warren and his associates. In the historic Loving v. Virginia decision handed down on June 12, 1967, the Lovings' convictions were overturned and their union finally garnered the blessing and government protection that had so eluded them for almost a decade.

All of the above is recounted in heartbreaking fashion in The Loving Story, a combination biopic and courtroom drama directed by Nancy Buirski. What makes the film so touching are the reams of archival footage of the unfortunate couple at the center of the controversy.

For the lovebirds are so young and so innocent, it's hard to fathom why anyone would even seek to separate let alone imprison them. A moving, must-see documentary about the Lovings' belated vindication and the elimination of one of the last vestiges of segregation.

Could it be more fitting that the litigants in the landmark case eradicating the crime of loving a person of a different color would be named Loving!

To see a trailer for The Loving Story, visit: http://www.youtube.com/watch?v=h62ZBiHNJoM

To purchase a copy of The Loving Story on DVD, visit: