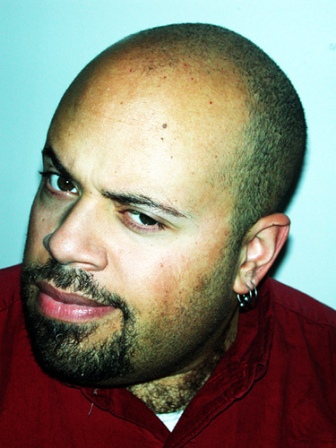 This week is the kickoff of the Hollywood Theatre Black Film Festival, curated by David Walker. The fest runs throughout February, and features movies that are either directed by African Americans, or are about being black in America. The big event is the double feature "The Last Dragon" and "Krush Groove," when director Michael Schultz travels to Portland for the presentation, Saturday, Feb. 9, at 7 p.m. On Sunday, Feb. 10, the film is "Cabin in the Sky," with Lena Horne; other features include "Rap City," "Nothing but a Man," starring Abbey Lincoln; and "Putney Swope," a 1969 "dark satire" about a black ad agency employee accidentally put in charge of the company. The Skanner News spoke with Walker, who is a novelist, journalist, film director and publisher of the culture website BadAzz Mofo.

The Skanner News: Why is the black film festival so important?

David Walker: So that all the white people here can better understand blackness, maybe? I don't know (laughs). The festival grew out of conversations I've had over the years. Dan Halstead over at the Hollywood Theater really encouraged me to put something together that would just be fun. I wanted to have some fun and show some movies that I felt at least showed some of the aspects of the Black experience in America.

TSN: This isn't the first time that you've organized a film festival. Can you talk briefly about your background?

DW: I spent seven years working at Willamette Week as their film critic and ran a festival for them for five years. So this is my return to the film festival world after a six year hiatus. So to me it's like going back to something I know how to do. When you run a film festival, you're trying to have a really big group of people over to watch movies. Except instead of your living room it's a movie theater. That's exactly what this program is all about. It's not that different than if people came over to my home. Except I'd have to pop a lot of popcorn to feed the people who will hopefully show up.

TSN: Talk about the real gems that you're going to be screening.

DW: Everything we have showing is pretty solid. We have a big event with director Michael Schultz, who's flying up from LA and we're showing a few of his films – "Last Dragon" and "Crush Groove." I think those two films were really inspirational to me when I was in high school, and he's a filmmaker I've always wanted to meet but haven't been able to talk to.

That experience I think is going to be a high point of everything we're showing through February.

And I've put together a showcase of short films and at this point it's all local Black filmmakers -- which I think most people don't even know we exist in Portland. And there's probably going to be four or five of us represented and that's the other thing I'm happy about – letting the local film industry know it's more diverse than it realizes.

And there are some showcases – the hip hop showcase where it's a lot of old footage of hip hop performances. And then there's a Soul Train showcase. So a lot of that is kind of hard to find an opportunity to see. But you know in this day and age it's difficult to gauge what's easy to see and what's not easy to see—in an Internet search you never know what you're going to turn up.

I think it's funny because I have had people say to me, why are you doing a Black film festival in Portland? There aren't very many black people. To which I always respond yeah, but white people can come, they're more than welcome. Sometimes this city is so strange in its notions. And I've actually heard from people who have said, does that mean white people can't come to the festival?

DW: For the sake of the family friendly nature of The Skanner I have a website which is www.thedavidwalkersite.com, all one word, and that's the jumping off place for all the things that I do. That has links to my books, links to my blog and my films. It's all located on that site.

NOTE: Don't miss the David Walker Short Film Showcase Sunday, Feb. 17.  The evening is described this way: "An eclectic showcase of short films, all directed by local filmmakers. Award-winning director Elijah Hasan premiers two new experimental works, "Be Side Myself" and "Cycho." "Her Name Was Mary," by Liz Vice explores the heart-warming relationship between a young girl and her grandmother. The forces of good and evil square off in a most unconventional way in Christopher Witherspoon's "Hubble." "The Day They Ran Out of Bullets," written by Jason Lamb and directed by David Walker, explores the impending deaths of two mercenaries who've run out of ammunition."