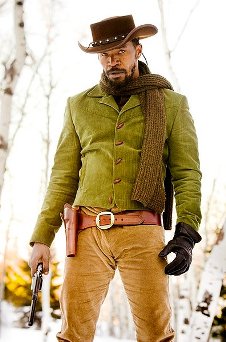 Les Miserables (PG-13 for violence, mature themes and suggestive material) Musical drama, set in Paris in the wake of the French Revolution, revolving around a ruthless policeman's (Russell Crowe) relentless pursuit of an ex-con (Hugh Jackman) wanted for a parole violation after serving 19 years for the theft of a loaf of bread. With Anne Hathaway, Amanda Seyfried, Eddie Redmayne, Helena Bonham Carter and Sacha Baron Cohen.

Allegiance (R for pervasive profanity) Stop-loss drama about a National Guard Lieutenant (Seth Gabel) torn between his loyalty to the military and a member of his unit (Bow Wow) who went to care for a son with terminal cancer AWOL rather than redeploy to Iraq. With Aidan Quinn, Reshma Shetty and Malik Yoba.


Tabu (Unrated) Flashback flick about an ailing octogenarian (Laura Soveral) in Lisbon who becomes desperate on her deathbed to contact the ex-lover (Henrique Espirito Santo) from Mozambique with whom she'd shared an illicit affair many years earlier. With Teresa Madruga, Isabel Munoz Cardoso, Ana Moreira and Carloto Cotta. (In Portuguese with subtitles)


West of Memphis (R for profanity and disturbing violence) Justice-delayed documentary about a trio of Arkansas teenagers convicted of a triple murder they didn't commit who spent 18 years in prison before finally being freed recently with the help of DNA evidence. With commentary by Henry Rollins and Eddie Vedder.