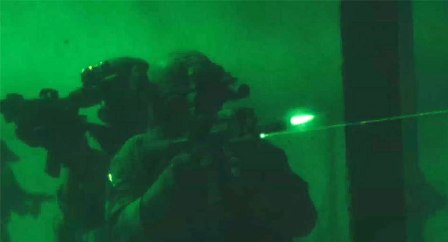 NEW YORK (CNN) -- The new movie about the hunt for Osama bin Laden didn't even have a title when controversy began swirling around how it was made.

Now the movie is officially called "Zero Dark Thirty," and still some in Washington are concerned about what access the filmmakers had to classified information about the biggest intelligence effort in decades.

"Obviously things went wrong here," said Rep. Peter King (R-New York). "My understanding is that the Hollywood people got access to CIA operatives, CIA locations ... that they had access to the Navy SEALs, which they should not have had."

"There was an event where operatives were involved, and they did not know until they got there that the Hollywood people were going to be present, which means identity would have been shown," King said.

CNN spoke with Bigelow and Boal, who were also the movie's producers. They are saying very little about whom they had access to and what they saw.

"I am not going to discuss the specifics steps that we took in researching the film other than to say we worked through government agencies where appropriate and did independent reporting where appropriate," Boal said.

"It's definitely nice to have the film out there," Bigelow said. "It's been so kind of debated, obviously a bit of controversy that's surrounded it. And I think it's nice because now the film can speak for itself."

The film was in the planning stages before a team of Navy SEALs killed bin Laden in his home in Abbottabad, Pakistan. That meant the old script had to be tossed and a whole new script written.

That's where the controversy began. The conservative watchdog group Judicial Watch said it has records from the Defense Department and CIA that show that the Obama Administration "granted Boal and Bigelow unusual access to agency information for their film."

Judicial Watch said that the Obama administration helped with the film because it would "portray Barack Obama as 'gutsy'." But the finished film contains only a few references to the president, and not all of them are flattering. At one point, Obama's policies on detainees are portrayed as hindering the hunt for bin Laden.

The CIA and Pentagon have begun investigations into whether there was undue access. Pentagon and CIA officials have said that none of the access jeopardized sources or gave away classified information about the operation.

King questions whether service members felt pressured to deal with the producers, suggesting to CNN that "some resisted, some acquiesced."

A senior military official denies that any Navy SEALs were pressured to cooperate on the film.

Boal said that the filmmakers went to great lengths to make sure that their portrayal would not jeopardize military secrets.

For example, they built models of the stealth helicopters used in the raid. Their models were based on pictures of what remained of one of the helicopters that crashed in the raid and additional educated guesses made by aviation experts.

After the models were created, Boal and Bigelow sent pictures of their pretend stealth helicopters to the Pentagon to make the models weren't too accurate.

The movie, which was originally scheduled to be released before the election, is now set for limited release on December 19 and wide release in January.