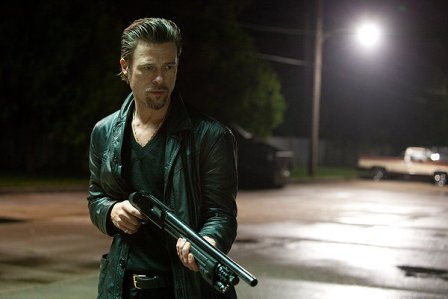 Addicted to Fame (Unrated) Price of fame biopic takes a behind-the-scenes look at the late Anna Nicole Smith during the making of Illegal Aliens, a sci-fi spoof of Charlie's Angels. Featuring commentary by Larry King, Harvey Levin and Jesse Eisenberg.

Back to 1942 (Unrated) Historical epic, set in Henan province, revisiting the political corruption within the Chinese government which led to the senseless starvation of 3,000,000 citizens during a year-long drought. Starring Fan Xu, Daoming Chen, Alec Su, Tim Robbins and Adrien Brody. (In Mandarin and English with subtitles)

Beware of Mr. Baker (Unrated) Warts-and-all rocktrospective revisiting the rise and fall of Ginger Baker, from his glory days as the drummer for Cream and Blind Faith to the self-destructive behavior which led to the loss of his fortune and his withdrawing from the world into a fortified compound somewhere in South Africa.


California Solo (Unrated) Midlife crisis drama about a retired British rocker (Robert Carlyle), living in L.A., forced to clean up his act when he finds himself facing deportation after being arrested for driving under the influence. With Danny Masterson, William Russ and Kathleen Wilhoite.

Dragon (R for violence) Two-fisted tale of redemption about an unassuming village craftsman with a secret past (Donnie Yen) whose cover is blown by a detective (Takeshi Kaneshiro) and his former martial arts master (Yu Wang). With Kara Hui, Wu Jiang and Wei Tang. (In Mandarin with subtitles)

Elza (Unrated) Roots drama about a Parisian-Caribbean woman's (Stana Roumillac) return to her native Guadeloupe in search of her long-lost father after completing her master's degree. With Vincent Byrd Le Sage, Christophe Cherki and Sophie Berger. (In French with subtitles)

Ex-Girlfriends (Unrated) Messy romantic dramedy, set in NYC, about a dude (Alexander Poe) desperate to rekindle a relationship with an ex (Kristen Connolly) who discovers that she and another former girlfriend (Jennifer Carpenter) are currently both dating the same guy. With Noah Bean, Teddy Bergman and Liz Holtan.

Hecho en Mexico (R for profanity, sexual references and brief drug use) Reverential documentary pays tribute to modern Mexico by weaving a cinematic tapestry about some of the country's contemporary cultural icons, including Don Cheto, Ruben Albarron and Amandititita.

My Brothers (Unrated) Irish road drama, set in County Cork over the course of Halloween weekend in 1987, revolving around the raucous sibling rivalry which surfaces among three brothers (Timmy Creed, Paul Courtney and TJ Griffin) trying to replace their dying father's (Don Wycherley) favorite wristwatch while riding around in a stolen bread truck.

Otelo Burning (Unrated) Overcoming-the-odds drama about a poor, South African teenager (Jafta Mamabolo) whose fortunes change when he is afforded an opportunity to pursue his passion for surfing. With Thomas Gumede, Sihle Xaba and Kenneth Nkosi. (In English and Zulu with subtitles)

Parked (Unrated) Unlikely-buddies drama about a lonely, middle-aged man living in his car (Colm Meany) who gets a new lease on life when he's befriended by a 21 year-old stoner (Colin Morgan) who introduces him to an attractive music teacher (Milka Ahlroth). With Stuart Graham, Mark Butler and David Wilmot.

Universal Soldier: Day of Reckoning (R for profanity, graphic sexuality, frontal nudity and pervasive gruesome violence) Vigilante drama about a man (Scott Adkins) who becomes bent on revenge when he comes out of a coma to learn that his wife and daughter had been slain by a creep (Jean-Claude Van Damme) during a home invasion. With Dolph Lundgren, Mariah Bonner and James Rawlings.