Life of Pi (PG for mature themes and scary action sequences) Oscar-winner Ang Lee (for Brokeback Mountain) directs this 3-D adaptation of Yann Martel's magical novel chronicling a shipwrecked zookeeper's (Suraj Sharma) ordeal after being stranded in a lifeboat in the middle of the ocean with a zebra, an orangutan, a hyena and a Bengal tiger. With Irrfan Khan, Gerard Depardieu and Rafe Spall.

Rise of the Guardians (PG for mature themes and scary action) Epic animated adventure where Santa Claus (Alec Baldwin), Jack Frost (Chris Pine), the Easter Bunny (Hugh Jackman) and the Tooth Fairy (Isla Fisher) join forces to protect the children of the world in the face of a boogeyman (Jude Law) determined to end their innocence and wreck their imagination. Voice cast includes Dakota Goyo, Khamani Griffin and the picture's director, Peter Ramsey.

Silver Linings Playbook (R for profanity, sexuality and nudity) Romantic dramedy about a schoolteacher (Bradley Cooper) who moves in with his parents (Robert De Niro and Jacki Weaver) after a stint in a mental hospital with the hope of reconciling with his ex-wife (Brea Bee), only to find himself falling for an unstable widow (Jennifer Lawrence) when he goes off his meds. Supporting cast includes Chris Tucker, Julia Stiles and John Ortiz. 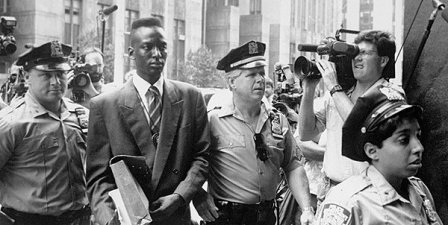 Central Park Five (Unrated) Rush to judgment documentary, co-directed by Ken Burns and his daughter, Sarah, revisiting the infamous Central Park Jogger case where five black and Latino teenagers with no previous records were wrongfully convicted for the rape of a white jogger, while the actual perpetrator, a serial sexual offender with an extensive rap sheet, remained at-large. With appearances by Reverend Calvin Butts and former NYC Mayors Ed Koch and David Dinkins.

Gottfried Heinwein and the Dreaming Child (Unrated) Mixed media documentary about an Israeli Opera production in Tel Aviv that was designed by the celebrated Austrian artist Gottfried Heinwein.

The King (Unrated) Inspirational biopic about Darko Kralj, a Bosnian war casualty who went on to become a paralympic world record-holder. (In Croatian with subtitles)

Rust and Bone (R for violence, profanity, explicit sexuality and graphic nudity) Romance drama about a boxer with broken hands (Matthias Schoenaerts) who falls in love with a legless, killer whale trainer (Marion Cottilard) after he moves from Belgium to Antibes to raise his 5 year-old son (Armand Verdure) in a safer environment. With Corinne Masiero, Celine Sallette and Bouli Lanners. (In French with subtitles)

Seeds of Resiliency (Unrated) Overcoming-the odds documentary about the lives of a dozen different people who have thrived in the wake of great tragedies, including a Ugandan civil war orphan, a quadriplegic professor from Korea, a Holocaust survivor and a wheelchair-bound boy who made it into the Guinness Book of World Records.