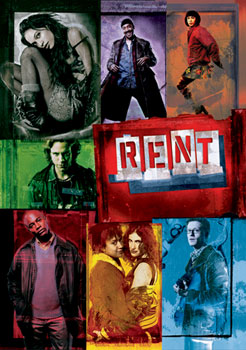 Clark College is seeking actors and singers to appear in the Southwest Washington premiere of the legendary, award-winning musical, "Rent."

Auditions will be held on Dec. 1 at 10 a.m. and Dec. 3 at 6 p.m. in the Decker Theater in Clark College's Frost Arts Center.  No appointment is necessary.  For maps and directions, visit www.clark.edu/maps.

The ensemble cast will feature between 11 and 20 actors and actresses. A full list of characters can be found at www.clark.edu/cc/theater.

Auditioners should prepare a 2-3 minute song in the style of the show and bring their own sheet music.  An accompanist will be provided; auditioners may not sing along to tapes or CDs or sing a cappella. "Rent" features light movement, so auditioners should dress to dance.

No callbacks are scheduled at this time.  Resume and head shots, while appreciated, are not necessary.

A modern-day version of Puccini's La Boheme, "Rent" won the 1996 Pulitzer Prize and the 1996 Tony Award for Best Musical. The Broadway production closed in Sept. 2008 after a 12-year run of 5,124 performances, the ninth-longest-running Broadway show at that time.