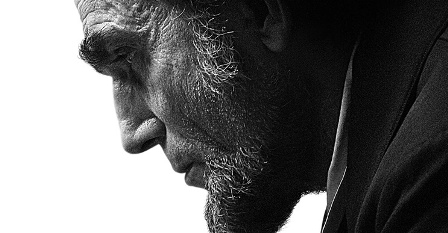 Lincoln (PG-13 for an intense scene of war violence, gruesome images and brief profanity) Daniel Day-Lewis stars in the title role of this historical drama directed by Steven Spielberg focusing on Abraham Lincoln's clashes with his cabinet over the question of emancipation during the final months of his presidency. Ensemble cast includes Joseph Gordon-Levitt, Sally Field, Tommy Lee Jones, David Strathairn and James Spader.

28 Hotel Rooms (Unrated) Infidelity drama about a novelist  from New York City (Chris Messina) and an accountant from Seattle (Marin Ireland) already in committed relationships who continue to rendezvous after sharing a steamy, one-night stand.

Café de Flore (Unrated) Double-stranded meditation on love, one, set in present-day Montreal, the other, in Paris in the Sixties. The former revolves around a DJ (Kevin Parent) torn between a girlfriend (Evelyne Brochu) and his ex-wife (Helene Florent), while the latter is about an overprotective single-mom's (Vanessa Paradis) devotion to a son with Down's Syndrome (Marin Gerrier). With Alice Dubois, Michel Dumont and Linda Smith. (In French with subtitles)

The Comedy (Unrated) Droll drama about an aging prankster (Tim Heidecker) who continues to get his kicks teasing passersby on the streets of Brooklyn with his buddies after inheriting a sizable estate from his late father. With Eric Wareham, James Murphy and Gregg Turkington.

Coming Up Roses (Unrated) Dysfunctional family drama about a broke and depressed former Broadway diva (Bernadette Peters) who is forced to face reality when she and a 15 year-old daughter (Rachel Brosnahan) are turned away at the wedding of her elder daughter (Shannon Esper). With Peter Friedman, Rachel de Courcy and Michael Anzalone.

Dangerous Liaisons (Unrated) Romance drama, set in Shanghai, about a jealous woman (Cecilia Cheung) who dares her millionaire playboy ex-boyfriend (Dong-gun Jang) to seduce and abandon a widow (Ziyi Zhang) new to town, only to have the ploy backfire when the two fall in love. With Shawn Dou, Lisa Lu and Dan Tong Han. (In Mandarin with subtitles)

In Another Country (Unrated) Three discrete tales, each featuring Isabelle Huppert in different situations as a tourist in Korea: looking for a lighthouse, losing an umbrella and falling in love. With Kwon Hye Hyo, Jung Yu Mi and So-ri Moon. (In Korean and English with subtitles)

Luv (Unrated) Fact-based drama, set in Baltimore, about a  day-in-the-life of an abandoned 11 year-old (Michael Rainey, Jr.) who becomes embroiled in an escalating series of events leading to a triple-homicide while hanging with his recently-paroled uncle (Common) haunted by a criminal past. Cast includes Meagan Good, Dennis Haysbert, Danny Glover, Lonette Mckee and Charles S.Dutton.

A Royal Affair (R for sexuality and violent images) Romance drama revolving around a philandering queen (Alicia Vikander) who schemes with the help of her Royal doctor lover (Mads Mikkelsen) to wrest control of the Danish throne from her insane husband (Mikkel Boe Folsgaard), much to the chagrin of her miffed mother-in-law (Soren Spanning). (In Danish, French, German and English with subtitles)