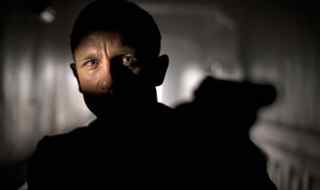 Each new James Bond film is fated to be compared to all the prior installments of the enduring espionage franchise. Directed by Academy Award-winner Sam Mendes (for American Beauty), Skyfall earns high grades in that regard, as it pales in the eyes of this purist only in relation to the standard-setting classics starring Sean Connery.

Daniel Craig returns for a third go-round of savoir faire and derring-do as the legendary, British secret agent with "a license to kill" in order to match wits with a maniacal madman played by Oscar-winner Javier Bardem (for No Country for Old Men). Besides the obligatory villain bent on world domination, this 007 adventure arrives complete with such series trademarks as witty repartee, a bevy of Bond girls (most notably Naomie Harris and Berenice Marlohe), exotic locales and a memorable title song (by Adele) oozing the requisite combination of danger and sensuality.

The movie wastes little time launching into high gear, opening with a daredevil motorcycle chase across roofs high above Istanbul's Grand Bazaar, leading to an even more eye-popping stunt atop a careening freight train approaching the proverbial mountain tunnel. The incident ends with a breathtaking, last-second plunge into a river that ostensibly claims Bond's life.

Back at MI6 headquarters, responsibility for the tragedy is ultimately placed squarely on the shoulders of M (Dame Judi Dench) for failing to find the double-agent in the ranks. Still, she refuses to turn in her resignation when called on the carpet by her unamused boss (Ralph Fiennes).

Of course, 007 isn't really dead, and he soon resurfaces to embark with M's blessing on a revenge-fueled, name-clearing, international manhunt with ports-of-call in Macau and Shanghai en route to a spectacular showdown on an ancestral family estate in Scotland. What makes the roller coaster ride so much fun is a plethora of surprising plot twists it would be a crime to spoil.

Just brace yourself for the best Bond episode in ages, thanks to Daniel Craig's coming of age to make the role his own. 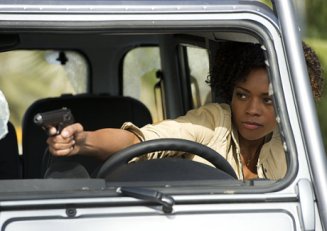 To see a trailer for Skyfall, visit: http://www.youtube.com/watch?v=6kw1UVovByw