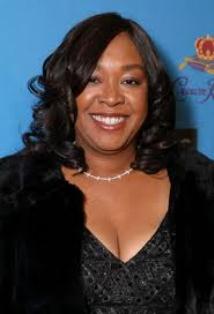 (CNN) -- Shonda Rhimes on the diversity on her shows:

I think it's fascinating to me that we still live in a world in which people truly believe that because someone is a different color than them, that they couldn't relate to them or have a similar experience. That's the most bizarre thing to me.

For me, "Grey's" was about me making a statement. I was making a television show that I wanted to watch and part of that was putting people of all colors in it so that you saw people like you on television.

So people suggesting that just because you're a certain color that you couldn't write something or be relatable to different characters is sort of horrifying to me at this point.

It's 2012: why are we still having this conversation?

On HBO's "Girls", and the controversy about the show's lack of diversity:

It's very interesting to me that HBO didn't say: why isn't the show more diverse? We believe in diversity, so why don't we make this show be more diverse?

I think that's where I lay the fault.

I've seen "Girls". I think it's delightful, I love it. And I think Lena Dunham is tremendous and interesting and a really talented writer. She made a statement where she said [she] didn't want to try to represent experiences that were not [her] own, and what [she] knew was this.

The idea that she felt her experience wasn't relatable to anybody who wasn't white is disturbing to me. Because I watch the show- I find it delightful. So why couldn't one of those girls been Native American or Indian or Asian or Hispanic or black and it had been exactly the same story?

I don't understand why it would have to be a different story because the person was a different color.

On race in America:

I mean really, why does it still matter?

I think it still matters because there are people who still remember a time in which there was a back of the bus.

I also think there is an unwillingness in this country to acknowledge the fact that a lot of what people like to consider racial issues are actually economic issues.

On "whiteness" in Hollywood:

The idea that there's this weird assumption of whiteness, that people are assumed [white] unless told otherwise, that's very strange to me.

It's so naïve and so ignorant that I don't know how you overcome it.

On who should answer questions about diversity on television:

I think it's really interesting that people always call me to ask: why aren't there enough African-Americans in television?

My response always is: "Why don't you pick up the phone and ask some white guys? Why ask me, the black woman who casts black women, why there aren't more black women on television?"

I couldn't tell you, because I'm busy casting them. Why don't we ask some of the white guys --many whom are lovely, wonderful guys who I know and who seem well--and ask them, because I guarantee you that would actually, probably do more to change things than asking me.