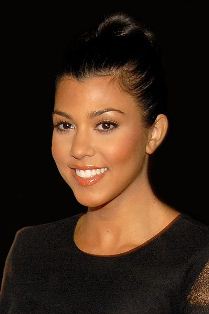 WASHINGTON (AP) -- Reality TV is giving birth to some of the most popular baby names. No, not Snooki. But Mason, as in Kourtney Kardashian's son, jumped 10 spots to become the second most popular name for newborn boys in 2011.

The more traditional Sophia is the new top name for girls, while Jacob is No. 1 for boys for the 13th straight year, according to the list released Monday by the Social Security Administration.

"It shows what we're paying attention to, what we're thinking about," said Laura Wattenberg, creator of the website babynamewizard.com. "Today, you can't walk through a supermarket without learning more than you hoped to know about the Kardashian family. That's just reality."

Rounding out the top five for boys: William, Jayden and Noah. Michael came in sixth, the lowest ranking since 1948.

Isabella, which had been the top girl's name for two years, dropped to second place in 2011. Emma, Olivia and Ava rounded out the top five.

The Social Security Administration provides lists of baby names dating to 1880 on its website. The top two names that year were John and Mary. John is now No. 27 and Mary has fallen to No. 112 - the lowest for both names.

The list, which also includes top baby names by state, draws millions of viewers. The agency hopes that people go to the website to see the baby names and stay to learn about other services, said Social Security Commissioner Michael J. Astrue.

Top girl names tend to be more volatile - changing from year to year - while the top boy names are more stable, Astrue said. William, for example, has been a popular boy's name for more than 100 years, never falling out of the top 20. Mason is the exception, entering the top 100 for the first time in 1997.

Social Security also tracks which names increase in popularity and which ones drop.

The fastest rising name for girls: Briella, which jumped 394 spots, to No. 497. Briella Calafiore stars in "Jerseylicious," a reality TV show about battling stylists at a beauty salon in Green Brook, N.J. She's also in a spinoff called "Glam Fairy."

Nicole "Snooki" Polizzi is the star of another reality TV show about New Jersey called "Jersey Shore." Snooki has never cracked the list of top 1,000 names, but she is in the midst of a well-publicized pregnancy, so stay tuned.

Barack and Mitt have never made the list, either. But Willard, which is Mitt Romney's first name, was on the list as recently as 1989.

Brantley was the fastest rising name for boys, jumping 416 spots to No. 320. Brantley Gilbert is a singer who had a No. 1 country hit called "Country Must Be Country Wide".

Americans get baby names from a lot of places - religion, relatives and, yes, popular culture, Wattenberg said. She likened baby naming trends to "a fossil record of our culture."

Parents tend to shy away from names that conjure up negative emotions - Adolf fell off the list for good in 1929. But, Wattenberg said, parents aren't necessarily paying homage to celebrities when they give their children the same name. In many cases, they are simply using a name they might not have heard otherwise.

"Celebrity naming is just about the exposure and about everybody hearing that name at the same time," Wattenberg said. "It's not about the fame, it's about the name."

Religion continues to have a big influence on baby names, but with a twist.

"The traditional biblical names were New Testament names - John, James and Mary and Elizabeth," Wattenberg said. "Today, the hot names are all names from the Old testament precisely because they were neglected for so many generations."

In addition to Jacob and Noah, Elijah at No. 13 and Joshua at No. 14 are all from the Old Testament.

Among the names that fell in popularity, Brisa dropped more spots than any other - 343 places, to No. 807. Dana, Desiree and Denise also plummeted.

Brett dropped more than any other name for boys, 119 spots, to No. 508. Jamarion, Shaun and Jaydon also dropped.

Astrue, a big Elvis fan, said he was all shook up when Elvis left the list.

"Congress may not listen to me," Astrue said. "But God bless the American people for listening to me last year when I raised concerns about Elvis dropping off."

Were they listening to him when they named their daughters after the star of "Jerseylicious?"

"I don't even know what that show's about," Astrue said.