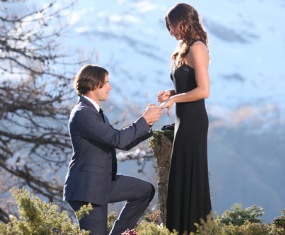 NASHVILLE, Tenn. (AP) -- Two black men are taking "The Bachelor" and "The Bachelorette" to court with a lawsuit that claims the reality shows are blocking contestants of color from starring roles.

Nathaniel Claybrooks and Christopher Johnson filed a federal lawsuit in Nashville Wednesday. It says the popular TV shows are engaged in a pattern of racial discrimination that intentionally excludes people of color.

The two men say that after 10 years and a combined total of 23 seasons of "The Bachelor and The Bachelorette," neither of the shows has featured a single person of color in a central role.

Calls and emails to the publicist for the creator of the show an email to the ABC publicist were not immediately returned.