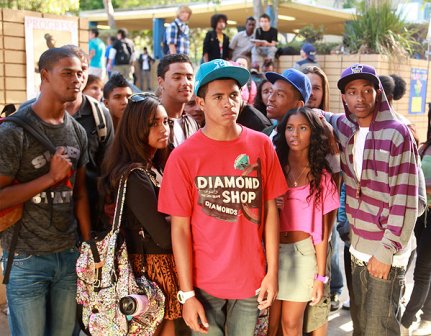 The Assault (R for violence) Fact-based thriller recounting the Christmas Eve hijacking in 1994 of Air France Flight 8969 from Algiers to Marseilles by four Islamic terrorists determined to crash the plane into the Eiffel Tower. Starring Vincent Elbaz, Gregori Derangere, Melanie Bernier and Aymen Saidi. (In French with subtitles)

ATM (R for violence and terror) Psychological thriller about three co-workers (Brian Geraghty, Alice Eve and Josh Peck) who end up in a desperate fight for their lives after being barricaded in a bank vestibule by a creep with an unknown agenda.

Damsels in Distress (PG-13 for sexuality and mature themes) Female empowerment comedy about three college coeds (Greta Gerwig, Carrie MacLemore and Megalyn Echikunwoke) who decide to do something about the chauvinistic environment on campus. With Analeigh Tipton, Ryan Metcalf and Jermaine Crawford.

The Hunter (R for profanity and brief violence) Willem Dafoe stars in the title role of this action adventure about a mercenary hired by a biotech company to track down the last Tasmanian tiger living in the Australian wilderness. With Sam Neill, Frances O'Connor and Sullivan Stapleton.

Keyhole (R for sexuality, violence, profanity and graphic nudity) Surrealistic crime saga about a Prodigal mob boss' (Jason Patric) nostalgic return home where he proceeds to reminisce while slowly searching the premises for his wife (Isabella Rossellini), much to the chagrin of his impatient henchmen waiting downstairs with a drowning victim (Brooke Palsson) and a bound-and-gagged hostage (David Wontner). Cast includes Udo Kier, Kevin McDonald and Daniel Enright. (In English and French with subtitles)

Player Hating: A Love Story (Unrated, at left) Brooklyn-based documentary about hip-hop artist Half-a-Mill's attempt to rap his way out of the 'hood to superstardom with help of his talented crew.

We Have a Pope (Unrated) Psychological drama about a newly-appointed pope (Michel Piccoli) who consults a shrink (Nanni Moretti) after experiencing panic attacks at the start of his tenure as pontiff. With Jerzy Stuhr, Renato Scarpa and Camillo Milli. (In Italian, German, Latin, English, Spanish, Polish and French with subtitles)