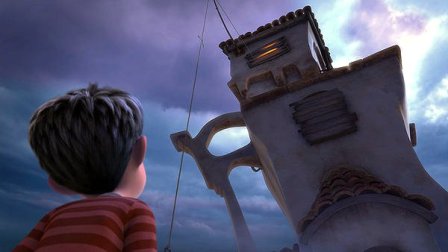 The Lorax (PG for mild epithets) Danny DeVito stars as the title character in this animated adaptation of the Dr. Seuss classic about an idealistic 12 year-old (Zac Efron), raised in an artificial reality, who searches for a real tree in order to impress the girl of his dreams (Taylor Swift). Voice cast includes Betty White, Ed Helms and Rob Riggle.

Art Is… The Permanent Revolution (Unrated) Agitprop documentary examining how printmakers, including Rembrandt, Goya and Picasso, have influenced the political landscape over the ages via graphic depictions of the human condition.

Being Flynn (R sexuality, drug use, pervasive profanity and brief nudity) Robert De Niro and Paul Dano co-star in this dysfunctional family dramedy about a young man mourning the loss of his mother (Julianne Moore) who is surprised to find his long-lost father living in a homeless center. With Olivia Thirlby, Lili Taylor and Dale Dickey.

Boy (Unrated) Coming-of-age drama, set in New Zealand in 1984, about an 11 year-old Michael Jackson fan (James Rolleston) who belatedly bonds with his absentee father (Taika Waititi) when the Prodigal hoodlum returns to town to unearth a buried treasure. With Moerangi Tihore, Cherilee Martin and Haze Reweti.

Heist: Who Stole the American Dream? (Unrated) The haves vs. the have-nots documentary chronicling the carefully-orchestrated dismantling of the U.S. middle-class by the corporatocracy with the help of politicians and lobbyists.

Let the Bullets Fly (Unrated) Action comedy, set in China in the Twenties, about a notorious crime boss (Wen Jiang) who poses as the newly-appointed mayor of a provincial town until he meets his match in a local mobster (Chow Yun-Fat). With Carina Lau, Kun Chen and You Ge. (In Mandarin and Cantonese with subtitles)

The Salt of Life (Unrated) Midlife crisis comedy about an aging guy (Gianni Di Gregorio) neglected by his wife (Elisabetta Piccolomini) who decides to find out whether he's still attractive by flirting with neighborhood ladies. With Valeria De Franciscis, Alfonso Santagata and Valeria Cavalli. (In Italian with subtitles)

Tim and Eric's Billion Dollar Movie (R for crude humor, graphic nudity, drug use, slapstick violence, and pervasive profanity and sexuality) Coarse comedy about a couple of guys (Tim Heidecker and Eric Wareheim) indebted to mobsters who try to revitalize a bankrupt mall as a way of repaying the loan they lost investing in a film that failed. With John C. Reilly, Will Ferrell and Mark Cuban.

The Woods (Unrated) Back-to-nature comedy about a bunch of young bohemians who retreat to the wilds of the Pacific Northwest with hopes of creating a utopian society. Cast includes Toby David, Justin Phillips and Nicola Persky.