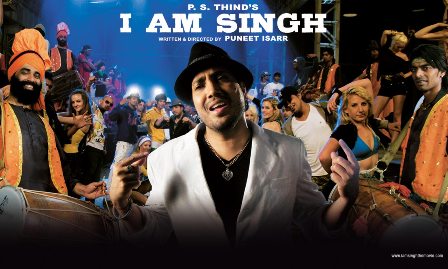 Answers to Nothing (R for violence, profanity, nudity and graphic sexuality) Lost souls saga, set in L.A., about a miserably-married woman (Elizabeth Mitchell) too desperate to have a child to confront her philandering husband (Dane Cook) about his infidelity. With Barbara Hershey, Julie Benz and Kali Hawk.

The Big Fix (Unrated) British Petroleum expose uncovering the corruption at the root of the ecological disaster in the Gulf of Mexico triggered by the explosion of the Deepwater Horizon offshore oil rig.

Coriolanus (R for graphic violence) Ralph Fiennes stars in the title role of this modernistic reinterpretation of Shakespeare's classic play about a banished Roman general who enters an unholy alliance with a sworn enemy (Gerard Butler). With Vanessa Redgrave, Jessica Chastain and Brian Cox.

Grandma, a Thousand Times (Unrated) Impressionistic biopic about feisty Fatima el Ghoul, an aging widow from Beirut who finds herself facing her own mortality while being haunted by the silence in her home since the passing of her violinist husband. (In Arabic with subtitles)

I Am Singh (Unrated) Mistaken identity drama about the trials and tribulations of a young Sikh (Gulzar Chahal) who comes to America from India in search of justice for innocent family members harmed in the wake of the 9/11 terrorist attacks. With Rizwan Haider, Puneet Issar and Amy Rasimas and Tulip Joshi.

Kinyarwanda (Unrated) Character-driven ensemble drama, directed by Alrick Brown, revisits the genocide in Rwanda from the perspectives of a variety of people affected by the conflict. With Cassandra Freeman, Cleophas Kabasita and Mutsari Jean. (In English and Kinyarwanda with subtitles)

Outrage (R for violence, profanity and brief sexuality) High body-count revenge flick about a mob boss (Takeshi Kitano) who becomes bent on vengeance after his henchman's (Jun Kunimura) defection to a competing crime family. (In English and Japanese with subtitles)

Sleeping Beauty (Unrated) Aussie drama, set in Sydney, ostensibly inspired by The House of Sleeping Beauties and revolving around a passive college coed (Emily Browning) whose part-time job involves being sedated so perverts can paw at her limp, naked body. With Rachael Blake, Ewen Leslie and Peter Carroll.

A Warrior's Heart (PG for off-color language, sports action and mature themes) Surrogate dad drama about a grief-stricken teen (Kellan Lutz) who starts acting out after his father dies fighting in Iraq until one of his dad's Marine buddies (Adam Beach) takes an interest in him. With Ashley Greene, Chord Overstreet and Gabrielle Anwar.