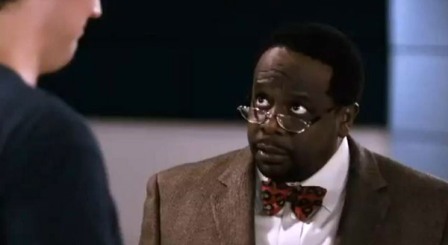 Anonymous (PG-13 for violence and sexuality) Costume drama, set in the Elizabethan Era, addressing the speculation that it was the Earl of Oxford (Rhys Ifans), not the Bard of Avon (Rafe Spall), who penned the complete works of William Shakespeare.  With Vanessa Redgrave, Joely Richardson and Trystan Gravelle, and narrated by Sir Derek Jacobi. (In English, French Italian and Ancient Greek)

In Time (PG-13 for violence, sexuality, graphic profanity and partial nudity) Futuristic sci-fi thriller, set in a disturbing dystopia where the rich live forever because time is literally money, and revolving around the effort of an unfairly-accused fugitive of justice (Justin Timberlake) to clear his name while destroying the corrupt economic system with the help of a beautiful heiress (Amanda Seyfried). With Olivia Wilde, Matt Bomer and Aaron Perilo.

Puss in Boots (PG for action and mild rude humor) Animated, 3-D spinoff of Shrek finds the dashing, furry feline (Antonio Banderas) teaming with Humpty Dumpty (Zach Galifianakis) and a street-savvy alley cat (Salma Hayek) for a swashbuckling adventure in search of the legendary Goose that lays golden eggs. Narrated by Walt Dohrn, with a voice cast including Billy Bob Thornton and Amy Sedaris as Jack and Jill.

The Rum Diary (R for profanity, sexuality and brief drug use) Johnny Depp stars in this adaptation of the Hunter S. Thompson novel of the same name, set in the Fifties, about a journalist, tired of the New York City rat race, who takes a position at a newspaper in Puerto Rico where he becomes obsessed with the fiancée (Amber Heard) of a shady real estate developer (Aaron Eckart). Cast includes Richard Jenkins, Giovanni Ribisi and Michael Rispoli. (In English and Spanish with subtitles)

13 (R for graphic violence, bloody images and brief nudity) English language remake of the grisly French thriller about a naïve young man (Sam Riley) who unwittingly assumes another person's identity only to end up in a high-stakes game of Russian Roulette of 13 players in which mobsters bet on the outcome of each fatal round. With Mickey Rourke, Jason Statham, 50 Cent, Emmanuelle Chriqui, Michael Shannon and Ray Winstone.

All's Faire in Love (PG-13 for sexuality) Ensemble comedy, pictured above, about the competition between two renaissance fairs to be the foremost, medieval-themed gathering. Cast includes Christina Ricci, Cedric the Entertainer and Ann-Margret.

And They're Off… (PG-13 for crude humor and sexual references) Horseracing comedy about a down-and-out thoroughbred trainer (Sean Astin) whose only hope of returning to the winner's circle rests with hiring his equally-desperate ex-girlfriend (Cheri Oteri) as a jockey. With Martin Mull, Mark Moses and Kevin Nealon.

The Double (PG-13 for profanity, disturbing images, violence and intense action sequences) Espionage thriller about an ex-CIA Agent (Richard Gere) who comes out of retirement to assist an FBI Agent (Topher Grace) to solve the murder of a U.S. Senator (Edward Austin Kelley) by a notorious Russian assassin presumed to be dead. With Martin Sheen Odette Yustman and Stephen Moyer.

God's Land (Unrated) Apocalyptic drama about the members of a religious cult who follow a messianic minister (Jackson Ning) from Taiwan to Garland, Texas to await the end of the world because the name of the town sounds like "God's land." With Jodi Lin, Shing Ka and Matthew Chiu.

Janie Jones (Unrated) Baby-daddy drama about a 13 year-old girl (Abigail Breslin) abandoned by her drug-addicted mother (Elisabeth Shue) who tracks down the fading rock star father (Alessandro Nivola) she's never known to inform him that she's the product of a liaison between him and a groupie. Support cast features Peter Stormare, Frances Fisher and Brittany Snow.

Like Crazy (PG-13 for sexuality and brief profanity) Long-distance romance drama about a British, exchange student (Felicity Jones) who is prevented by immigration authorities from reentering the U.S. and from rejoining her college boyfriend (Anton Yelchin) in California after overstaying her visa. With Jennifer Lawrence, Charlie Bewley and Alex Kingston.

My Reincarnation (Unrated) Epic biopic, shot over 20 years by award-winning, documentary filmmaker Jennifer Fox (Flying), about the reluctance of the half-Italian son of an exiled Tibetan monk to follow in his father's footsteps despite being dubbed the reincarnation of a renowned Buddhist master.

Oka! (Unrated) Call me Bwana biopic recounting the story of real-life Tarzan, Louis Sarno (Kris Marshall), an American ethnomusicologist who married a pygmy and lived in the Congo with her diminutive people for over a quarter century. With Will Yun Lee, Peter Riegert and Haviland Morris. (In English and French with subtitles)

Sidewalls (Unrated) Never the twain drama, set in Buenos Aires, about two next-door neighbors (Javier Drolas and Pilar Lopez de Ayala) who never meet despite the fact that their paths constantly cross in the hustle and bustle of their busy lives. (In Spanish with subtitles)

Silver Bullets (Unrated) Joe Swanberg wrote, directed and co-stars in this Mumblecore adventure about the complications which ensue after an aspiring, young actress (Amy Seimetz) is cast as a last-minute replacement for the leading lady (Kate Lyn Shell) in a sexually-explicit film production. With Larry Fessenden, Ti West and Sean Price Williams.