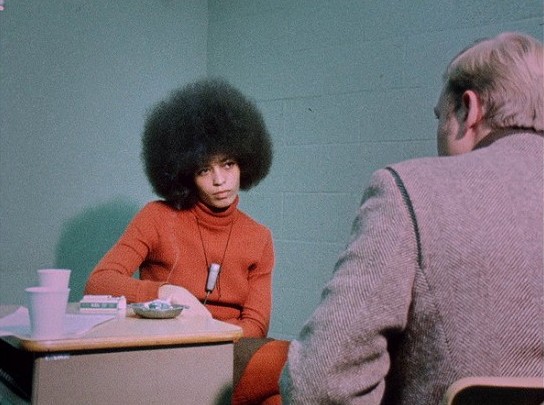 During the Black Power Movement back in the Sixties and Seventies, most folks only got to know its leaders by way of sound bites disseminated by the mass media. Whether it was Stokely Carmichael's demand "We want black power!" or H. Rap Brown's appeal for riots via "Burn baby burn!" or Eldridge Cleaver's assertion that "You're either part of the problem or part of the solution," the icons were mostly reduced to incendiary slogans for the purposes of entertainment masquerading as news.

But I bet you didn't know that Stokely was also a momma's boy born in Trinidad. Or that Angela Davis was from Birmingham, Ala., where her family was close friends with those of the four little girls slaughtered in the Baptist church bombing in September of 1963, a couple of weeks after the historic March on Washington.

These are the sort of intimate aspects of African-American luminaries' lives explored in The Black Power Mixtape 1967-1975, an eye-opening documentary directed by Goran Olsson. His enlightening cinematic collage was culled from found 16mm film of vintage interviews conducted by fellow Swedish journalists with everyone from Black Panthers Bobby Seale and Huey Newton to radical attorney William Kunstler.

The archival footage has been augmented here with current-day voiceover commentaries by the likes of Danny Glover, Erykah Badu, Harry Belafonte, Melvin Van Peebles and Talib Kweli, and features an appropriately-sweet Hip-Hop/R&B soundtrack scored by Questlove and Om'Mas Keith. Nonetheless, what makes the movie so moving are the original tete-a-tetes probing the psyches of its freedom-loving subjects.

For example, when asked about whether or not she advocates violence, Angela Davis offers this heartfelt response: "When someone asks me about violence, I just find it incredible because it means that the person asking the question has absolutely no idea what we have gone through in this country since the first black person was kidnapped on the shores of Africa."

An absolute must-see for anyone interested in fully appreciating the mindset and motivations of the charismatic militants who emerged to capture the collective imagination of an impatient generation of African-Americans in the wake of the murder of Dr. Martin Luther King.

In English and Swedish with subtitles