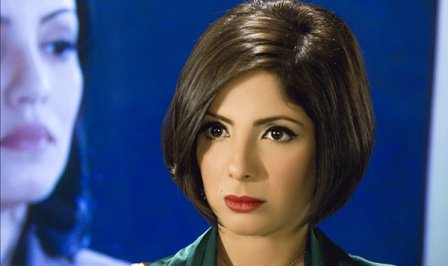 The most interesting films coming out of the Middle East over the past decade have invariably highlighted the plight of women as second-class citizens in the Arab World. For America's recent incursions into the region in the name of freedom never address the fact that half the population remains utterly oppressed.

The most recent contribution to the female liberation genre is "Scheherazade, Tell Me a Story," a poignant tale of empowerment set in Cairo and directed by Yousry Nasrallah. The story revolves around Hebba (Mona Zaki), a popular TV talk show host married to Karim (Hassan El Raddad), an ambitious newspaper editor.

At the point of departure, we find him pressuring his wife to steer away from covering women's issues, despite of their previous agreement to keep out of each other's business. But he covets the editor-in-chief position and has received a hint that the promotion is contingent on get Hebba under control.

Unfortunately for him, she reacts with more fervor than ever, announcing that she will henceforth do her own research and reporter. This attitude, of course, puts the two on a collision course which ultimately puts their marriage in crisis.

Well acted, and exploring a number of sensitive themes of interest to Muslim females under the thumb of Islamic rules about virginity, dowry and deference to the opposite sex, the picture delivers its overdue message in uncompromising fashion. The only question is whether the movie will ever be shown in the countries where it might do some good.

In Arabic with subtitles.

See a trailer for Scheherazade