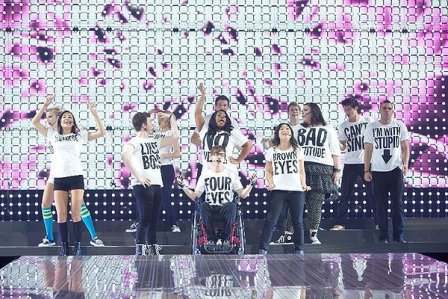 BIG BUDGET FILMS
30 Minutes or Less (Unrated) Crime comedy loosely based on a real-life incident which transpired in Pennsylvania in 2003 when a couple of crooks (Danny McBride and Nick Swardson) strapped a time bomb around the neck of a pizza delivery man (Jesse Eisenberg) to force him to rob a bank on their behalf. With Fred Ward, Aziz Ansari and Michael Pena.

Glee: The 3-D Concert Movie (Unrated) Musical documentary including both onstage and behind-the-scenes footage of the cast of Glee during its recent sold-out tour, featuring performances of hit songs from the Emmy-winning TV series' first two seasons. With Jane Lynch and Gwyneth Paltrow.

Littlerock (Unrated) Road flick about the adventures of a couple of young Japanese tourists (Rintaro Sawamoto and Atsuko Okatsuka) stranded in a California desert town after their rental car breaks down on the way to San Francisco. With Cory Zacharia, Roberto Sanchez and Lee Lynch. (In English and Japanese with subtitles)

Senna (Unrated) Bittersweet bio-pic recounting the abbreviated career of Ayrton Senna, the Formula One race car champ from Brazil who died doing what he loved at the tender age of 34 in front of a television audience of 300 million. (In English and Portuguese with subtitles)