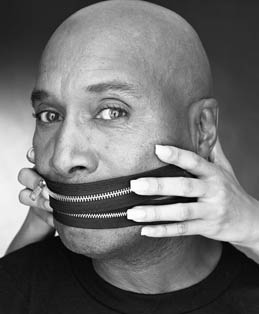 Tickets are available at www.heliumcomedy.com.

Most people know Mooney from his appearances on the "Chappelle's Show" segment "Ask a Black Dude" as well as the character "Negrodamus," but the entertainer has been working for decades as a performer and writer with many greats of comedy.

Mooney's first professional gig in comedy was with Richard Pryor. He wrote most of the hilarious routines for Pryor's "Saturday Night Live" appearance, co-wrote material on the groundbreaking "Live On Sunset," "Bicentennial Nigger," and "Is It Something I Said" albums, as well as Pryor's film "Jo Jo Dancer."

As head writer for the Richard Pryor show, he was responsible for the national television debuts of Robin Williams, Sandra Bernhard, Marsha Warfield, John Witherspoon, and Tim Reid.

As head writer during the first year of FOX's "In Living Color," he created the characters Homey the Clown, and the brothers Tom and Tom. He also co-starred with Damon Wayans, Tommy Davidson and Jada Pinkett-Smith in the Spike Lee film "Bamboozled."