Kam Williams, Special to The Skanner News
Published: 27 May 2011 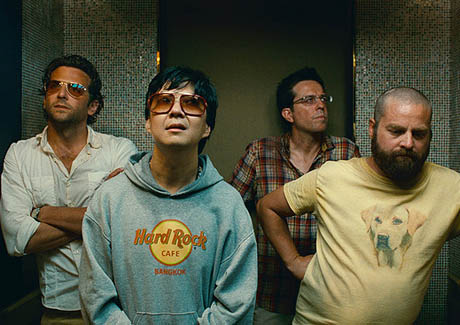 Hello Lonseome (Unrated) Ensemble drama examining the diverging fates of a trio of unlikely couples: a just-dumped voiceover actor (Harry Chase) befriended by a cynical deliveryman (Kamel Boutros); an elderly widow (Lynn Cohen) who finds comfort in the arms of her young, next-door neighbor (James Urbaniak) after becoming stuck in the suburbs when she loses her driver's license; and a sports fan (Nate Smith) who falls in love with a woman (Sabrina Lloyd) he meets online after what was just supposed to be a one-night stand.

Puzzle (Unrated) Argentinean drama about a bored housewife (Maria Onetto) who unexpectedly develops a new zest for life upon solving the puzzle she receives as a 50th birthday present. With Gabriel Goity, Arturo Goetz and Henny Trayles. (In Spanish with subtitles)

Tied to a Chair (Unrated) Screwball comedy about a miserable housewife (Bonnie Loren) who leaves her husband (Richard Franklin) of 25 years to resume the acting career she gave up to marry him. The plot thickens at her first audition when she's left bound to a chair in a hotel room by a kinky cult film director (Mario Van Peebles) who subsequently turns up dead. With Robert Gossett, Kim Cristo and Daniel Farag.

The Tree of Life (PG-13 for mature themes) Impressionistic meditation on the meaning of life, set in the Fifties, as contemplated by a sensitive soul (Sean Penn) who hasn't been the same since losing his innocence at the age of 11. Directed by Terrence Malick and co-starring Brad Pitt, Jessica Chastain, Kari Matchett and Joanna Going.

Tuesday, after Christmas (Unrated) Midlife crisis drama about a jaded banker (Mimi Branescu) forced to pick between his marriage and his mistress by Christmas after confessing to his boring wife of ten years (Mirela Oprisor) that he's been carrying on a primal affair with their daughter's (Sasa Paul-Szel) orthodontist (Maria Popistasu) for the past five months. (In Romanian with subtitles)