Kam Williams, Special to The Skanner News
Published: 20 May 2011 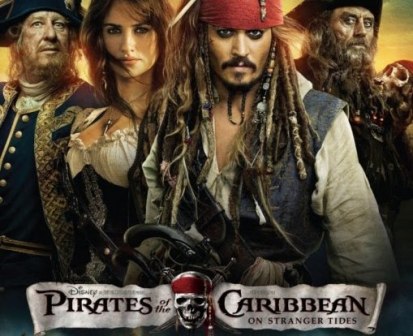 Midnight in Paris (PG-13 for sexual references and smoking) Romantic comedy, directed by Woody Allen, about the troubles of a couple (Owen Wilson and Rachel McAdams) who find themselves reevaluating their elusive dreams while in France on business. With Kathy Bates, Michael Sheen, Marion Cotillard, Adrien Brody, Alison Pill, Tom Hiddleston and Carla Bruni.

Pirates of the Caribbean: On Stranger Tides (Not Yet Rated) Fourth installment of the seafaring franchise finds Captain Jack (Johnny Depp) forced to search for the Fountain of Youth aboard the ship of the legendary Blackbeard (Ian McShane) after falling for the notorious outlaw's daughter (Penelope Cruz). With Geoffrey Rush, Judi Dench and Keith Richards.

Bloodworth (R for violence, profanity and drug use) Kris Kristofferson stars in the title role of this dysfunctional family drama about a Prodigal patriarch whose return to his tiny Tennessee hometown forty years after walking out on his wife (Frances Conroy) is met with the resentment of his ex and their three maladjusted sons (Val Kilmer, Dwight Yoakam and W. Earl Brown). With Hilary Duff, Reece Thompson and Brent Briscoe.

Cost of a Soul (R for violence, pervasive profanity and brief nudity)  Brotherly Love crime saga about a couple of wounded war veterans (Chris Kerson and Will Blagrove) who return from Iraq only to end up back in the same Philly slums they joined the military to escape. With Mark Borkowski, Judy Jerome and Nakia Dillard.

Hard Breakers (Unrated) Date-rape comedy revolving around a couple of best friends (Sophie Monk and Cameron Richardson) embittered by the battle-of-the-sexes who turn the table on men by knocking them out in order to have their way with them. Cast includes Tom Arnold, Chris Kattan, Sticky Fingaz, Tia Carrere, Alexis Arquette and Stephen Tobolowsky.

Life 2.0 (Unrated) Virtual reality documentary examining how fantasy relationships have transformed players of Second Life, an internet computer game where one assumes an avatar identity to immerse oneself in an online digital universe.

Lost Bohemia (Unrated) Gentrification documentary about the protracted legal battle to prevent the conversion to office space of the century-old, studio apartments above Carnegie Hall which have been home to such artists as Marlon Brando, Isadora Duncan and Paddy Chayefsky.