The Skanner News Video Contest: And the Winner Is Ted Mccauley 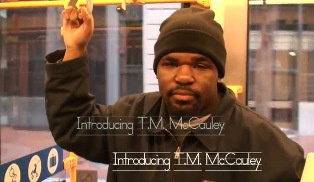 Two tix to Mos Def go to Ted McCauley, winner of The Skanner News Video Contest. The contest asked for a short video on "My Portland Life."  Prize is two tickets to see Mos Def at The Roseland, April 16, 2011. This Jefferson High and Clark Atlanta University graduate and neighborhood filmmaker says he hopes to make his career in Portland. Ted wants to hear your Vanport stories -- especially if your family was affected by the Vanport flood.  That's a story, he says, that has never been fully told.

Artists: Snoop Dogg; Rose Bent; Tupac; Kan't be Caught
Authors: Donald Goines And I like autobiographies Malcolm X, Nathan McCall, Monster.
Religion: Christian.  Everybody has their own relationship with God. Stay true to yourself. Nobody is 100 percent evil.
Politics: I'm not a Democrat or a Republican. My political stance is the empowerment of people, not just people of color – all people—but especially people of color. I believe in education and making opportunities for inner city youth so they have the resources that more fortunate people have and can live a comfortable life.

Movies: Dolomite 2 The Human Tornado; Menace to Society; Friday – the whole series.
Influences: My mother, my father, my older sister and brother, and my cousin Kentrell, who is like a brother to me; the people I grew up around and looked up to. I learned from their mistakes and from what they did right.
Sports: I wrestled in high school, but my favorite sport is football. My teams are The Oakland Raiders, The Blazers and the Ducks. I think I'll probably become a Timbers fan in the next 365. 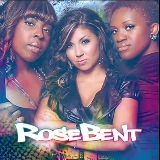 Style: Levi 501 jeans: I have seven pairs. I'm from Oregon, I like hoodies and flannels. I get everything from the MLK Fashion plaza—'Top to Bottom.'
Kicks: Chuck Taylors and they have to have some FAT laces in them.
Goals: My goal in life is to become a successful screenwriter and movie director. I also have a passion to perform music – so an entertainer too I guess.
Words to Live By: Effort equals effect. You have to stay down to come up.