The True Story Behind the Legend of Japan's First Black Samuri 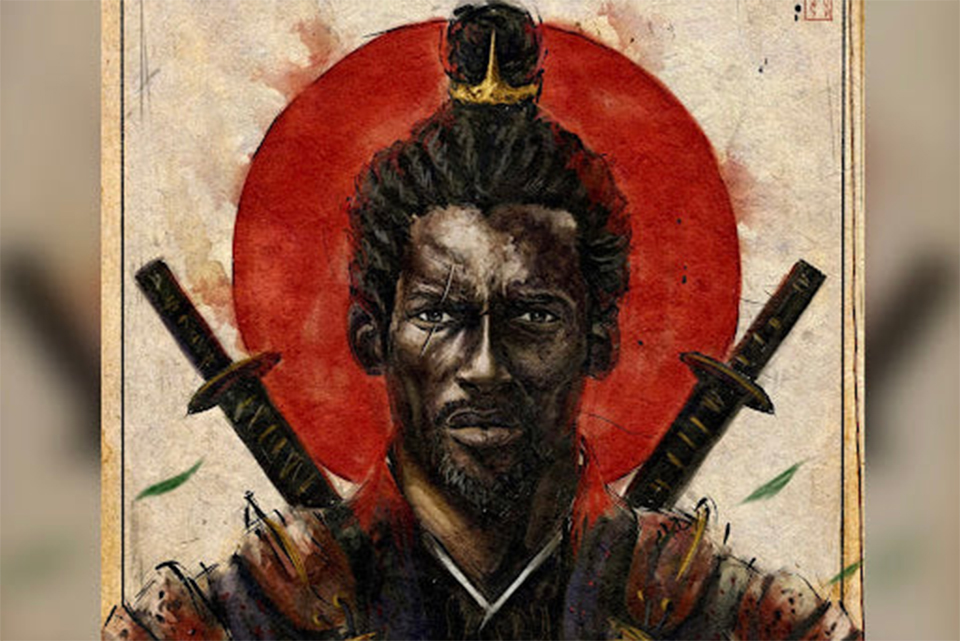 Last year, Netflix released a new animated series entitled Yasuke. Voiced by actor LaKeith Stanfield, the series originally cast the late Chadwick Boseman. The show follows the story of a lonely boatman, once known as the Black Samurai, on his journey to protect a young girl with magical powers. Set in 16th century Japan, the anime series has all the fanciful makings of a good cartoon, but the true story behind Yasuke is even more fascinating.

According to Time, Yasuke was an African man who arrived in Japan around 1579. He traveled with an Italian priest named Alessandro Valignano. There is no record of what African country Yasuke hailed from, but both men arrived in Japan from India, Yasuke working with Valignano as a bodyguard. There are rumors that Yasuke may have been enslaved as a child, earning his freedom prior to meeting Valignano. In 1581, the priest headed to Japan’s capital, Kyoto, to meet with Nobunaga and request permission to leave Japan. Oda Nobunaga was one of Japan’s most important feudal lords, and he worked hard to unify the country. The lord took a liking to Yasuke and took him under his wing.

Yasuke was described as standing more than six feet tall and possessing the strength of 10 men. Thomas Lockley, co-author of African Samurai: The True Story of Yasuke, a Legendary Black Warrior in Feudal Japan, said that much of what they know of Yasuke came from Nobunaga’s records, the lord looking at Yasuke as a close friend.

“It seems like he was a confidant, Nobunaga is recorded as talking with him often. He was also a weapon bearer, and probably served in some kind of bodyguard capacity,” said Lockley.

Lockley goes on to explain that the concept of “samurai” was very loose and could be applied to anyone skilled at weaponry.

“You don’t have to possess any particular killing skills to be a samurai. Anybody who took up weapons on behalf of a lord could technically call themself a samurai, or could be called a samurai,” said Lockley.

While there were several records of Black Africans serving less important lords at the time, there is not much documented about them — Yasuke was the first. He served Nobunaga faithfully until his death in 1582 in what the Japanese refer to as the Honnō-ji Incident. While traveling to battle, Nobunaga was ambushed by his own general, Akechi Mitsuhide, in a surprise attack. The event took place at the Honnō-ji temple and Nobunaga performed a ritual suicide intending to maintain honor even in defeat.

Yasuke was one of the 30 men with Nobunaga during the attack and present at his death. Legend has it that Yasuke may have been the one to take Nobunaga’s head to prevent the enemy from taking it. Lockley explained that if Akechi would’ve been able to retrieve Nobunaga’s head, it would’ve given him legitimacy as a ruler. Instead, Akechi did not receive the support of the people and was soon defeated in battle.

“Yasuke, therefore, by escaping with the head, could have been seen and has been seen as changing Japanese history,” Lockley shared.

Following Nobunaga’s death, Yasuke joins Nobunaga’s son, Oda Nobutada. On the same day as his father’s death, Nobutada also goes to war against Akechi, Yasuke fighting again for their family’s honor. While Nobutada had 200 men, it was still no match for Akechi’s 13,000, and Nobutada also ends his life in a ritual suicide. The last recorded mention of Yasuke is on the battlefield as he’s being escorted by Akechi’s troops to a Jesuit mission house.

The animated series opens with the events of Honnō-ji, following Yasuke into a reimagined life of obscurity as a boatman. His ties to the young girl bring him back to the forefront as he reclaims his title as the Black Samurai.

Watch the Netflix trailer for the animated series Yasuke below. Season 1 is available on streaming now!