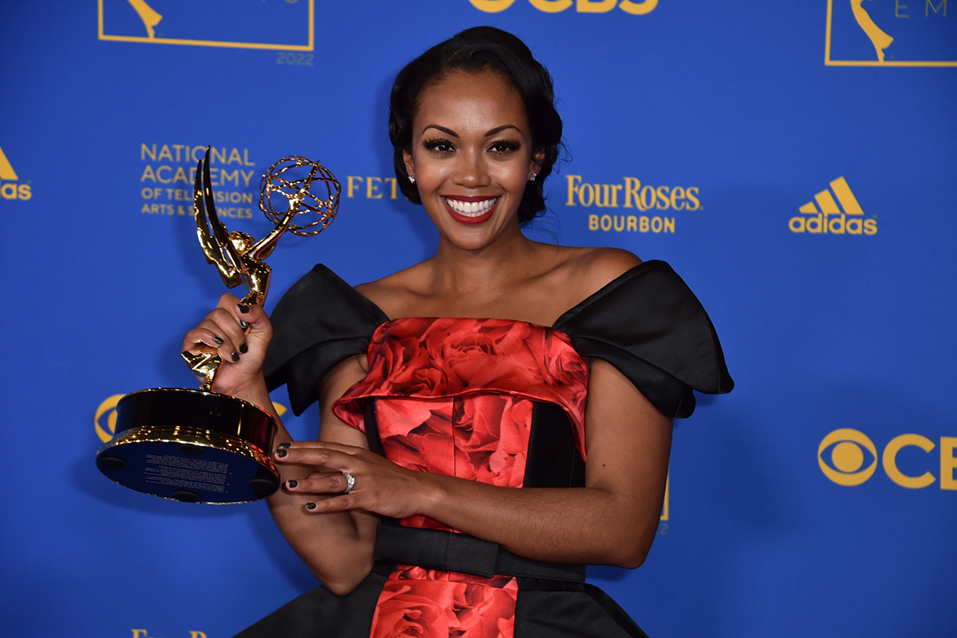 Mishael Morgan made history at the 49th Annual Daytime Emmy Awards when she became the first Black woman to win Outstanding Lead Actress on a Daytime Drama, People reports.

Morgan is an actress on the CBS daytime soap opera, The Young and the Restless. She originally joined the soap opera cast in 2013 playing Hilary Curtis until 2018. Then she returned in 2019 in a new role as Hilary's twin sister Amanda Sinclair. Little did Morgan know, her new role as a lawyer on the show would lead to a historic win at the Daytime Emmys as the first Black woman to win Outstanding Lead Actress on a Daytime Drama.

"I am so immensely proud of our generation. We are breaking glass ceilings left, right and center," Morgan said in her acceptance speech. “I am so honored to be a vessel and to experience this moment, and it’s because of everybody who’s out there today proving to the world that we can and we will do this thing called equality and unity together."

The 35-year-old ended her inspiring speech by saying, "I was born on a tiny island, Trinidad and Tobago, in the Caribbean, and now I’m standing on an international stage and I am being honored regardless of the color of my skin, regardless of my passport, for being the best at what I do. And now there are little girls all around the world and they’re seeing another step forward and know that no matter the industry, no matter the vocation, no matter what, they can strive to be the best at what they do not only can achieve it, but they will be celebrated for it."

Morgan has been featured on other shows such as CW’s Beauty & The Beast, The Best Years and Republic of Doyle. She has also had her fair share of film features, appearing on Casino Jack, Beat the World and Total Recall.

Congratulations, Mishael! You have paved the way for many young stars to come.