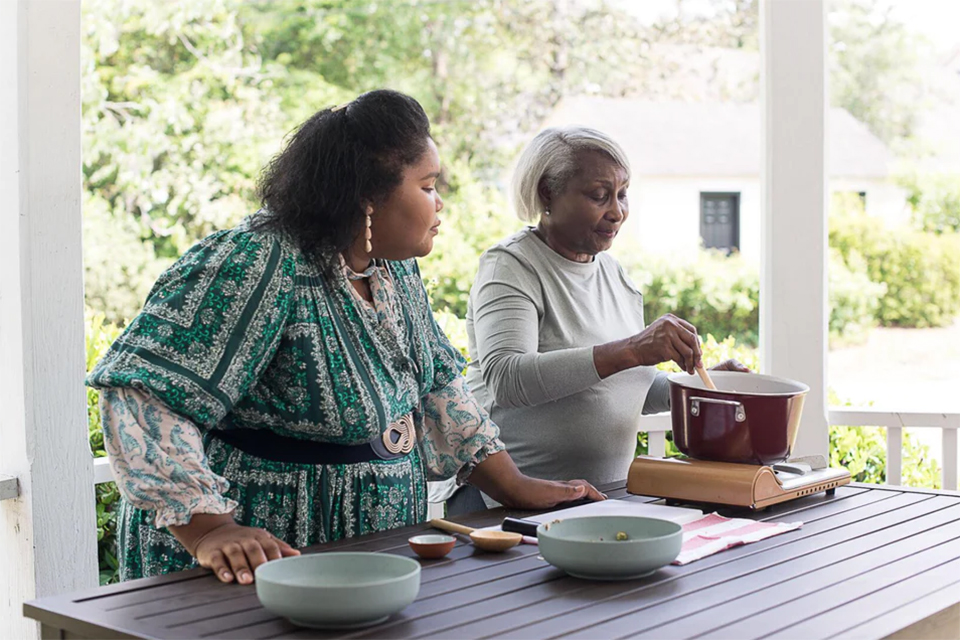 The Juneteenth Menu is a miniseries on the Food Network that features host Michiel Perry of the Black Southern Belle blog, as she highlights various foods that celebrate the emancipation of enslaved people in the U.S featuring a variety of South Carolina based chefs. The goal of the show was to highlight the connection between Black heritage, entrepreneurship, and history, profiling the origins of Juneteenth that viewers may not be aware of.

The series is filmed on Perry’s front porch and showcases each chef as they prepare a different Juneteenth item. Perry makes low-country shrimp and sausage muscadine skewers while interviewing, Jenkins prepares an okra pilau, Capers fries up some fish with cabbage and collards while Cromedy bakes a Southern pound cake and tea cakes.

Ecstatic about the nomination

Fresh and local ingredients were sourced for each dish and Taneka Reaves, a founding member of Charleston’s “The Cocktail Bandits,” rounded out the group to make a themed cocktail called the “Red Star,” in honor of Juneteenth. The unique series has now been nominated for the Outstanding Short Form Daytime Program category at the Emmys. Perry took to social media to thank everybody who had a hand in the show.

“Still in disbelief but so thankful for the team that made this Emmy nomination possible,” Perry wrote.

The winners of this year's Emmys will be announced at the Daytime Emmy Awards ceremony on June 24 at 9 p.m. on CBS.