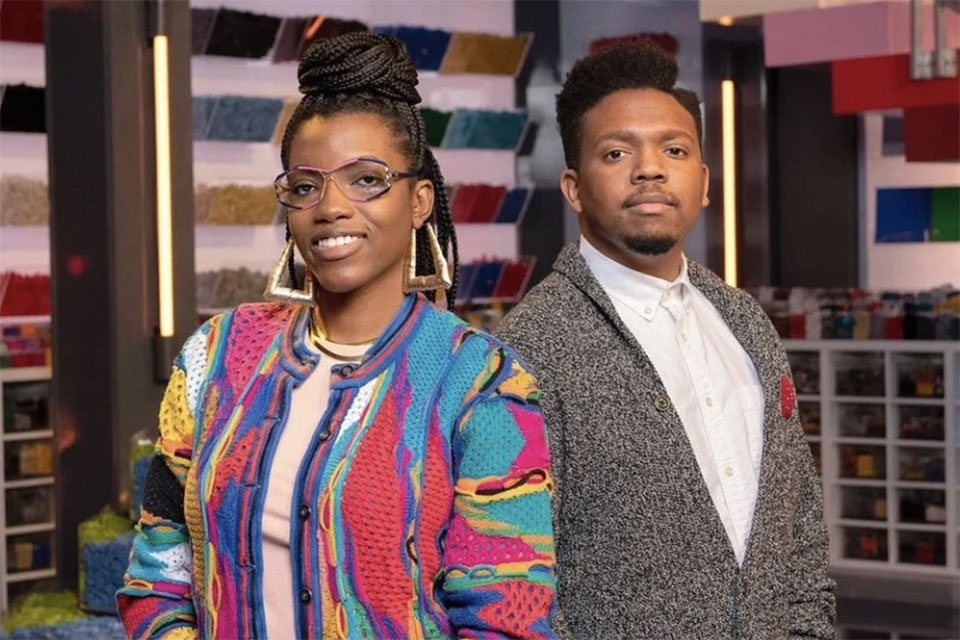 Gates is an art collector, creative and owner of The Gates Preserve, “a multimedia experience company committed to archiving and preserving Hip-Hop culture.” Through her work, she archives hip-hop culture and content for public figures, content creators and brands, and creates live experiences and campaigns pushing Hip-Hop culture forward, producing film, television, podcast and print media, including a new children’s book “Everybody Eats,” promoting literacy through food and hip hop.

Gates previously spoke to Because Of Them We Can about the inspiration behind the studio, saying, “A few years ago I started building the LEGO architecture collection sets and as I’ve built every set that they had available, I started to ponder about the sets that I would love to build that didn’t exist. Eventually, I began to think about the necessity of a fusion between hip-hop and LEGO. Because I don’t do anything in silos, my friend connected me with Randall, who knows the culture and has been a LEGO head for 30 years. He got the vision and we joined forces and created Most Incredible.”

Now, both Wilson and Gates have been picked to appear on the season 2 of LEGO Masters, a LEGO building competition that sees contestants “compete to be crowned the country’s most talented amateur LEGO builders.” The show is hosted by actor and comedian Will Arnett as he prompts LEGO enthusiasts to take on audacious brick-building designs with a limitless supply of LEGOS. There are twelve teams of two and all the teams are competing for the LEGO Masters Trophy, a cash prize of $100,000, a chance to have their design featured in LEGOLAND Florida, and of course - bragging rights.

Gates appearance on the show is a historic one, her becoming the first Black woman to ever appear on LEGO Masters. She spoke to Because Of Them We Can about the historic accomplishment, saying, “I’m full of gratitude to be in such a stupendous lineage of Black women firsts. I’m standing on the shoulders of giants...who have literally changed the game. It’s consistently a reminder to always do the work.”

As a Black woman, Gates hopes that her story inspires other Black women and girls to know that anything is possible.

"I was not supposed to be on LEGO Masters by any means, this was not something that I dreamed up but the universe saw fit for me to represent for a culture and so I took that test...My goal is to simply be a representation of what’s possible especially in fields where we are underrepresented. I’m moving LEGO bricks on national TV. Give thanks,” Gates said.