'An Hour With President Obama' Premiering Tuesday, November 17 at 8 PM 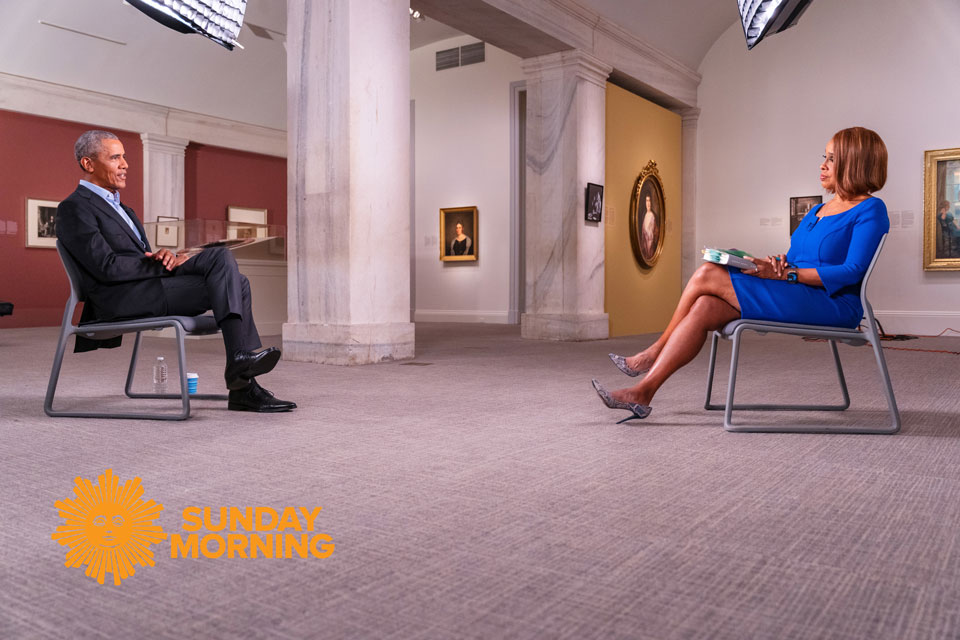 By The Skanner News
Published: 17 November 2020 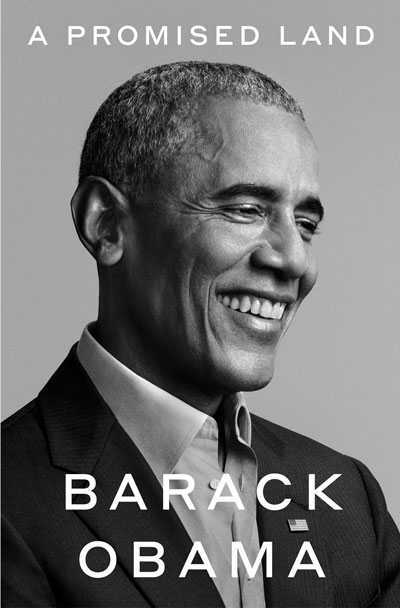 Click on the above image to purchase the book. "A Promised Land" jacket cover image by Pari DukovicAn exclusive news special with former President Barack Obama airs on Tuesday, November 17, at 8 PM ET/PT on BET and BET Her. “An Hour With President Obama” features Mr. Obama’s first on-camera sit-down interviews with “CBS This Morning’s” Gayle King and “60 Minutes”’ Scott Pelley following the election of his former vice president and now President-elect Joe Biden and Vice President-elect Kamala Harris. The special, hosted by Gayle King, marks the launch of his new memoir, "A Promised Land," which releases Tuesday, November 17, and features his thoughts on his political ascent and presidency.

The interviews first aired in full on CBS News on “CBS Sunday Morning” and “60 Minutes,” and excerpts from it will air in the new one-hour BET special. From his improbable odyssey as a young man searching for his identity to shattering immeasurable barriers as the first African American president, securing passage of the Affordable Care Act, to being commander in chief and meeting the moral challenges of high-stakes decision-making, to the fight for racial justice for Black Americans, and President Donald Trump. No topic was off-limits.

Below is an excerpt of the segment provided by “CBS Sunday Morning.”

PRESIDENT BARACK OBAMA: Yes. People-- it does raise eyebrows, you are—

Donald Trump: I have done more for the African-American community than any president since Abraham Lincoln.

GAYLE KING: What do you think when you hear that? Do you take that as an insult to you or—

PRESIDENT BARACK OBAMA: --I-- I think it's fair to say that-- there are many things he says that I do not take-- personally or seriously-- although I think they can often be destructive and harmful. 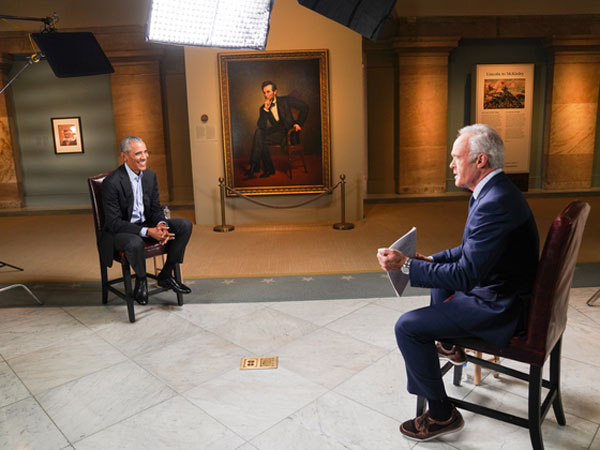 Below is an excerpt of the segment provided by “60 Minutes.”

SCOTT PELLEY: Did you watch the video of George Floyd's strangulation?

PRESIDENT BARACK OBAMA: Of course. It was heartbreaking. Very rarely, though did you see it so viscerally and over a stretch of time where the humanity of the victim is so apparent, the pain and the vulnerability of someone so clear. And it was, I think, a moment in which America for a brief moment came face to face with a reality that African Americans in this country I think had understood for quite some time. And I was heartened and inspired by the galvanizing effect that it had on the country as a whole. The fact that it wasn't just Black people. It wasn't just some, quote/unquote, "liberals" who were appalled by it, reacted to it, and eventually marched. But it was everybody. And it was a small first step in the kind of reckoning with our past and our present that so often we avoid.

PRESIDENT BARACK OBAMA: Well, it, for a couple of reasons. One is that we have a criminal justice system in which we ask oftentimes very young, oftentimes not-very-well-trained officers to go into communities and just keep a lid on things. And, you know, we don't try to get at some of the underlying causes for chronic poverty. So if we're going to actually solve this problem, there are some specific things we can do to make sure that our contracts with police officers don't completely insulate them when they do something wrong, putting money into budgets for training these police officers more effectively, teaching police officers not to escalate but to de-escalate. But it's important for us not to let ourselves off the hook and think this is just a police problem, because those shootings, that devaluation of life is part and parcel with a legacy of discrimination, and Jim Crow, and segregation that we're all responsible for. And if we're going to actually put an end to racial bias in the criminal justice system, then we're going to have to work on doing something about racial bias in corporate America and bias in where people can buy homes. And that is a larger project in which all of the good news is all of us can take some responsibility. We-- we can all do better on this front than we've been doing.