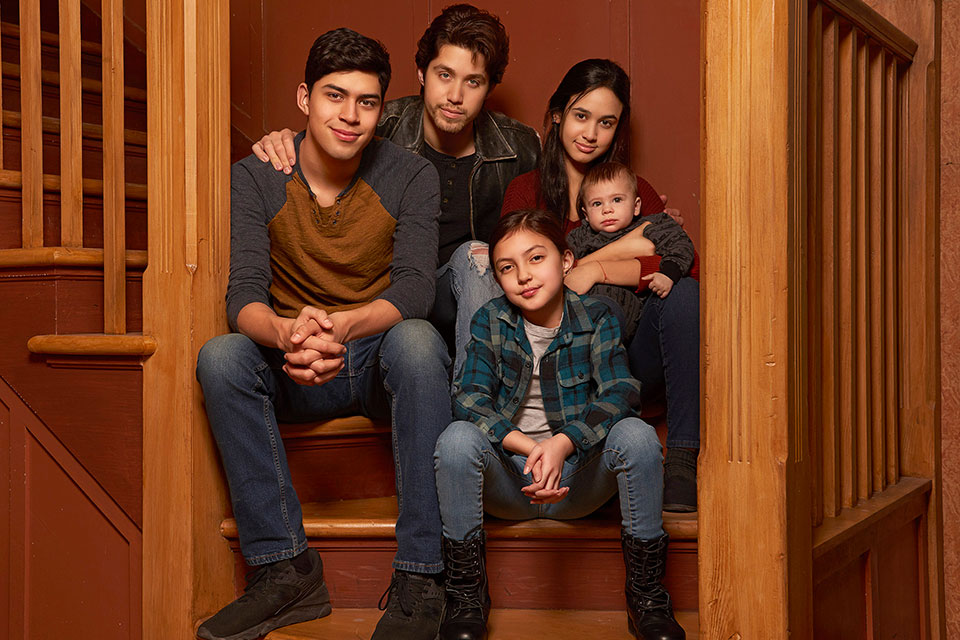 ALBUQUERQUE, N.M. (AP) — "Party of Five," a 1990s teen drama that focused on a family grappling with life after the death of their parents, is getting a reboot with a Mexican American family whose parents are deported.

Disney announced this month that the Sony Pictures Television retooled Generation X-era show will air on the Freeform network and will star a Latino cast.

The new series is headed by the shows original creators Amy Lippman and Christopher Keyser comes as millions of Latinos in the U.S. wrestle with the uncertainty around deportations and aggressive immigration enforcement under the Trump Administration.

The original series, which ran from 1994 to 2000 on Fox, centered on the Salinger family whose parents died in a car accident caused by a drunk driver.

The new show will follow the Acosta children as they work through an unsettling future when their parents are abruptly deported to Mexico. It will star Brandon Larracuente, Emily Tosta, Niko Guardado and Elle Paris Legaspi.

Lippman told The Associated Press she and Keyser have turned down previous offers to bring back the show over concerns they didn't want to simply recycle the same storyline with new actors. But she said the pair changed their minds after reading front-page newspaper stories about Latino children being separated from their parents.

"We have told this story before but it was imaginary," Lippman said. "Now it's actually a story that is playing out all over the country."

The original series drew praise from critics from its writing and strong acting and won the 1996 Golden Globe for Best Drama. After struggling with low ratings its first two seasons, the series developed a loyal following especially among members of Generation X who identified with the themes of absent Baby Boomer parents, tight finances amid high divorce rates and the effects of a long economic recession.

Lippman said because of the ongoing saga of Latino families facing separation, the time was right to reimagine the show for a new generation facing specific challenges and to illustrate those threats to a diverse audience.

"In the previous show, we didn't need to be specific to a culture or a political climate," Lippman said. "This family is very concerned about (its) status."

While most of the Acosta children are American born, Lippman said one has DACA — temporary protection granted to some young immigrants under the Obama Administration-era Deferred Action for Childhood Arrivals program. That factor will showcase the ongoing anxiety the family must confront daily, she said.

The Story of Immigration Status Will Receive Mainstream Television Exposure

Chris Zepeda-Millán, a Chicana/o Studies and public policy professor at the UCLA Luskin School of Public Affairs, said it's telling that a mainstream television network is taking a chance on series focusing on the issue of immigration status. "It's an American story that has been going on for decades," Zepeda-Millán said. "Now it will get some mainstream exposure through the very powerful media of television."

No premiere date has been announced.

Russell Contreras is a member of The Associated Press' race and ethnicity team. Follow him on Twitter.