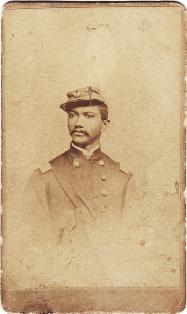 FREDERICK, Md. (AP) -- Nearly 100 years before Rosa Parks stood up against discrimination by refusing to give up her seat on a Montgomery, Ala., bus, Maj. Alexander T. Augusta took a similar stand in Washington, D.C.

Augusta, one of 13 black surgeons to serve during the Civil War, was in uniform and on his way to testify at a court martial when he was removed from a street car for refusing to stand up front with the driver, as was required of African-Americans, forcing him to walk to the hearing in the rain.

In another instance, Augusta was attacked by a group of young white men for wearing his uniform on a train in Baltimore.

But the incidents didn't deter Augusta. ``... my position as an officer of the United States, entitles me to wear the insignia of my office, and if I am either afraid or ashamed to wear them, anywhere, I am not fit to hold my commission,'' Augusta wrote in a letter to The Christian Recorder, an African-American newspaper. 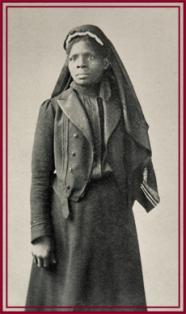 The story of Augusta and others like him who proudly served in a medical capacity during the war are highlighted in a traveling exhibit at the National Museum of Civil War Medicine in downtown Frederick.

The exhibit, entitled Binding Wounds, Pushing Boundaries: African-Americans in Civil War Medicine, was created by the Library of Medicine at the National Institutes of Health and runs through Jan. 28.

``It kind of puts into perspective a part of history most people are completely unaware of,'' said George Wunderlich, the museum's Executive Director.

Wunderlich said the National Museum of Civil War Medicine has been at the forefront of calling attention to the achievements of black doctors and nurses. He said the museum published what was to his knowledge the first book telling the story of African-American surgeons in the Civil War.

The book, titled ``Prologue to Change,'' was written by Dr. Robert Slawson, who is a volunteer at the museum. He said Slawson also provided much of the research for the exhibit, which will be displayed all over the country.

``When we heard there was an exhibit being put together, we really wanted to get a hold of it,'' Wunderlich said. ``We pride ourselves at being out front whenever possible breaking down myths.''

The museum was the first to display the exhibit as part of a Civil War medicine conference in Towson in October, Wunderlich said.

Tamara Aw of Lanham was visiting the museum on a Sunday afternoon for the first time with her children. Her daughter Aiyana was doing some research for a school report.

Aw said she wasn't aware of the contributions made by African-Americans to Civil War medicine. She said she was particularly interested in learning more about Susie King Taylor, a slave who secretly learned to read and write. Taylor served as a nurse but also acted as a teacher for illiterate soldiers.

``I like how she wasn't allowed to learn how to read and write, but somehow was able to learn, and that turned out to be an asset to the Union army,'' Aw said.

Staff at the museum said the exhibit has been well-received.

``It's definitely drawn interest,'' said guest services member Katie Reichard. ``A lot of people have called about this specific exhibit.''