By Kam Williams Special to The Skanner News
Published: 26 October 2010 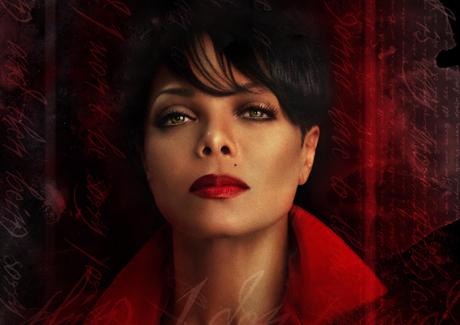 Global icon, trendsetter, businesswoman, and multi-talented entertainer, Janet Damita Jo Jackson is a woman who needs no introduction.  Her resume reveals an impressive combination of professional achievements and philanthropic endeavors, and she is currently ranked as one of the top ten best-selling solo artists in the history of contemporary music.

Through words and deeds, Janet has set an example of generosity, of empowerment, of tolerance, while leading an array of efforts addressing some of society's greatest challenges. She has raised money for such charities such as the Cities in Schools and America's Promise. She has supported the Watts Willowbrook Boys & Girls Club of America, the Starlight Foundation, the Make-A-Wish Foundation, A Place Called Home (providing after school programs in South Central, Los Angeles), the American Foundation for AIDS Research, S.O.S. Children's Villages in South Africa, Cartier's Love Bracelet Program benefiting OCNA and sponsored an Airlift of Food and Medical supplies to famine-stricken Rwanda.

Janet established the Rhythm Nation Scholarship with the UNCF, too, and has assisted countless students striving to meet their educational goals. Most recently, she chaired the American Foundation for AIDS Research's gala charity event in Milan that raised more than a million dollars. She also traveled to Abu Dhabi recently to support fresh2o, a charity whose goal is providing worldwide access to clean water for drinking and sanitation purposes.

Janet has been the recipient of many humanitarian awards because of her involvement in charitable and social causes, including the 2008 Humanitarian of the Year award from the Lisa Lopes Foundation, the 2008 Vanguard Award from GLAAD, and the 2004 Touching a Life Humanitarian and Philanthropic Award from the NBA. Janet's admirable efforts have been recognized by AIDS Project LA, the Congress for Racial Equality, and by the NAACP with its Chairman's Award.

Janet will soon be publishing her first book, "True You,"a memoir offering an intimate look at her life and how she has dealt with issues of self-esteem. Here, she talks about her work as Jo in Tyler Perry's screen adaptation of For Colored Girls, an ensemble drama co-starring Kerry Washington, Thandie Newton, Kimberly Elise, Loretta Devine and Phylicia Rashad.

Kam Williams: Hey, Janet, thanks again for the time.

Janet Jackson: Hi Kam, how are you?

KW: FSU grad Laz Lyles would like to know what it is about Tyler Perry that enabled him to assemble such an accomplished cast.

JJ: First of all, he's a wonderful person and a great director who gets it right when he does an ensemble piece, so naturally everyone's really dying to work with him. Secondly, what he creates resonates with audiences which all the more makes you want to be a part of that magic.

KW: Reverend Florine Thompson asks: How did you come to play Jo? Did you pick that role or did Tyler pick it for you?

JJ: Her name originally was Carmen when Tyler approached me with this role in mind. I had not read the script. He told me a lot about her, and I asked him "Do you really think I can do this?" He responded, "I wouldn't be asking you, if I didn't think so." Then, when I read the script, I said to myself, "Well, this is really different from anything that I've ever done." I knew it would involve a great deal of hard work, but I felt up to the challenge. And I fell in love with the character in so many different ways. That's really how it all came about.

KW: Well, you really did a terrific job, further expanding the range you exhibited in Why Did I Get Married, Too. Children's book author Irene Smalls asks: Do you think this movie will have cross-over appeal, even though it's about African-American females?

JJ: Of course, the issues that are addressed by this film are relevant to all women, so I'm sure it will have a universal appeal and resonate across all demographics.

KW:Irene was also curious about whether there was one person you drew on in portraying Joanna, a magazine editor?

JJ: No, but in doing research, one of the things that was very helpful to me was watching old movies. One in particular was Adam's Rib with Katherine Hepburn and Spencer Tracy. And, a friend of mine, Glenda Bailey, the editor of Harper's Bazaar, actually allowed me to visit her office so I could get a sense of the inner workings of the fashion magazine world. That enabled me to make sure my dialogue was credible. Not that Glenda's anything like my character. I also spent some time with another friend, Laura Brown, who's at Harper's Bazaar as well. They were both very helpful. Besides that, I just dove into what Tyler was trying to bring to life.

JJ: Of course. I wouldn't be human, if I never experienced fear.

JJ: [Chuckles] Just a little while ago.

JJ: Drake…and mellow jazz… and a lot of other things.

KW:What is your favorite type of food to eat?

JJ: I couldn't pick just one. I love Mexican… Chinese… Japanese… Indian… I had Moroccan recently, and it was really delicious.

KW: Have you ever had Ethiopian? That's really good, too.

JJ: No, and there's an Ethiopian restaurant on Fairfax, and every time I pass by I say, I've got to try it.

JJ: Attending my sister's wedding when I was two years-old.

KW: Which sister was that?

KW: Damita Jo , do you go by your middle names a lot?

JJ: Yeah, my friends call me Damita Jo, Damita or just Jo. When I look in the mirror, what do I see? I see someone who has had a wonderful life, who continues to enjoy a wonderful life and to grow because she's a work in progress. I've come a long way, but I still have open arms to learn more.

KW: Well, thanks again for another great interview, Janet, and best of luck with the film.

JJ: Thank you very much.

KW: And I hope to speak to you again when you publish your upcoming memoir, "True You."

JJ: I would love that, Kam.

To see a trailer for For Colored Girls