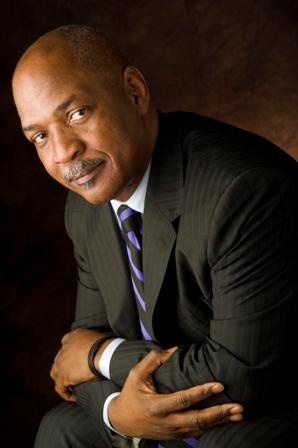 Charles Ogletree, Jr. was born in Merced, Ca., on Dec. 31, 1952, the eldest of five children to bless the union of migrant farm workers Willie Mae and Charles Ogletree, Sr. A bright child who exhibited an intellectual curiosity from an early age, Charles credits his parents and grandparents for whetting that insatiable thirst for knowledge.
He would matriculate at Stanford University where he earned Bachelor's and Master's degrees in Political Science before heading to Harvard Law School. Since graduating, he's enjoyed a storybook career as a public intellectual, between teaching at Harvard and moderating a host of television shows, perhaps most notably, "The State of the Black Union" and "The Fred Friendly Seminars."
Furthermore, Professor Ogletree has been a frequent guest on everything from Nightline to Frontline to Tavis Smiley to Larry King Live to The Today Show to Good Morning America. As an attorney, he has represented a number of high-profile clients, most recently, fellow Harvard Professor Henry Louis Gates of "Beergate" fame.
Currently, Professor Ogletree is the Jesse Climenko Professor of Law at Harvard Law School where he serves as the founding and executive director of the Charles Hamilton Houston Institute for Race and Justice. He is also the author of seven books on race and the law, including his latest, "The Presumption of Guilt," a sobering deconstruction of the Gates case, specifically, and of racial profiling, in general.
He has received numerous awards and honors, including being named one of the 100 Most Influential Black Americans by Ebony Magazine. In the wake of the Sergeant Crowley-Professor Gates incident, Professor Ogletree continues to serve as special counsel to President Obama and as an advisor on police behavior to both Harvard University and the City of Cambridge.