Craig Robinson: The 'A Game of Character' Interview 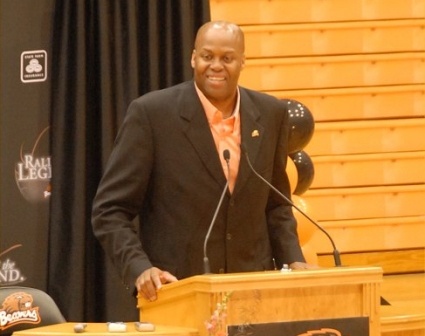 Craig Robinson was born in Chicago on April 21, 1962, to Fraser and Marian Robinson and raised in a modest home where he had to share a room with his younger sister, Michelle. With help of devoted parents, who made major sacrifices on their behalf, both children were inspired to excel academically and were admitted to Princeton University.
Six-foot-six Craig was also a basketball phenom who was twice voted the Ivy League Player of the Year during his college tenure. This meant that Michelle grew up in the shadow of her protective big brother. But today, those roles are reversed with Craig in the shadow of his world famous sibling, since she's now the First Lady of the United States.
After playing basketball professionally in Europe, he earned an MBA from the University of Chicago, and entered the world of finance where he enjoyed a meteoric rise until another dream beckoned, namely, to coaching. Craig spent two years as the head coach at Brown, where he spearheaded a revival of the school's flagging program, winning more games in his first two years than any other head coach in the school's basketball history before being named the Ivy League Basketball Coach of the Year. Currently, Craig, his kids and wife, Kelly, live in Oregon where he coaches Oregon State University's men's basketball team. Here, he discusses his autobiography, "A Game of Character," and reflects about his career and about how his life has changed since his brother-in-law, Barack, became president.

Kam Williams: Hey, thanks for the time. Much appreciated.
Craig Robinson: Oh, my pleasure, man. Thank you for reading my book.
KW: I really enjoyed it. How should I refer to you, as the First Brother-in-Law?
CR: [Laughs] You can call me Craig, Coach, or whatever you like.
KW: How does it feel, as a two-time Ivy League Player of the Year, to find yourself suddenly overshadowed by your sister for the first time?
CR: It's ironic, but it's kind of fun for me. As I mentioned in the book, for most of her life, until just a few years ago, she was always known as Craig Robinson's little sister. It's much more fun being Michelle Obama's big brother. 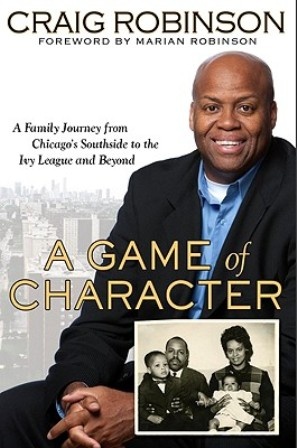 Order a copy of A Game of Character