Ice Cube: The 'Are We There Yet?' Interview 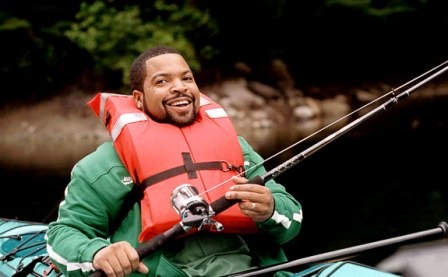 O'Shea Jackson was born on June 15, 1969, and adopted the cool alias "Ice Cube" before founding N.W.A. in the late 1980s. As the lyrical mastermind behind the legendary group's Straight Outta Compton album, he literally launched the gangster rap revolution. And his subsequent solo material, including such early Nineties classic CDs as AmeriKKKa's Most Wanted and Death Certificate, solidified his place in the pantheon of the genre's more socially-aware artists.
Next, the versatile talent began his meteoric ascent in Hollywood as the star in, producer of and catalyst for the Friday, Are We There Yet? and Barbershop film franchises. He established himself as one of the most bankable actors around, thanks to his charismatic turns in such box-office hits as The Longshots, First Sunday, Anaconda, The Players Club, Three Kings, All About the Benjamins, XXX2 and Boyz 'N the Hood.
In 2007, Ice Cube partnered with the prestigious McNally Smith College of Music in St. Paul, Minnesota to establish The Ice Cube Scholarship, a fellowship awarded annually for creativity, talent and songwriting ability to a student in the music technology department. Here, he reflects on his latest venture, producing and playing a support role on the new TV sitcom Are We There Yet?, which is based on his movie of the same name.

See a trailer for Are We There Yet?