Kam Williams Special to The Skanner
Published: 20 May 2010 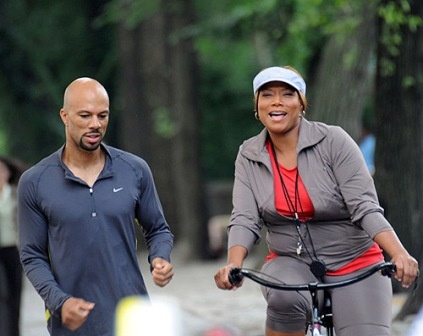 Common was born Lonnie Rashid Lynn, Jr. in Chicago on March 13, 1972 to Lonnie, Sr. a former pro basketball player, and Dr. Mahila Ann Hines, an educator. He started rapping while still in high school, forming a trio called C.D.R. which opened for acts like N.W.A. and Big Daddy Kane. He adopted the alias Common Sense by 1992 which is when he released his first CD, entitled "Can I Borrow a Dollar?" He shortened his name to just Common after a lawsuit by a band claiming to have the exclusive trademark for "Common Sense."
In 2002, he made his screen debut in Brown Sugar, and a year later he won his first Grammy for "Love of My Life," a duet he did with Erykah Badu for the same film. Since then, he's made seven more CDs, and appeared in such films as "Smokin' Aces," "Dave Chappelle's Block Party," "American Gangster," "Wanted, Street Kings" and "Date Night." Here, he talks about his new movie, "Just Wright," a romantic comedy directed by Sanaa Hamri where he stars opposite Queen Latifah.

See a trailer for 'Just Wright'