Kam Williams Special to The Skanner
Published: 10 May 2010

Dana Elaine Owens was born in Newark, N.J. on March 18, 1970, the second child of Lance and Rita Owens, a police officer and a schoolteacher, respectively. The versatile entertainer first found fame in the world of hip-hop upon the release of her debut album "All Hail the Queen" while still in her teens. As Queen Latifah, she has since enjoyed an enviable recording and concert career featuring seven solo CDs plus countless collaborations with colleagues across a spectrum of musical genres.
"La" added acting to her repertoire in 1991, when Spike Lee cast her in "Jungle Fever." Next, she made "House Party 2," following that up with critically-acclaimed appearances in "The Bone Collector" and "Brown Sugar." But it was for her breakout role as Matron Mama Morton in "Chicago" that she became the first rapper to land an Oscar nomination.
Latifah has been a bona fide box-office attraction ever since, starring in such hit movies as "Bringing Down the House," "Hairspray," "The Secret Life of Bees," "Mad Money," "The Perfect Holiday," "Barbershop 2" and "Beauty Shop," to name a few. Meanwhile, among her impressive TV credits are stints on such sitcoms as "Living Single," "The Fresh Prince" and "Spin City."
Here, she talks about her new movie, "Just Wright," where she gets to play the title character for the first time ever opposite Common as her love interest. Directed by Sanaa Hamri ("Something New"), the romantic comedy's talented supporting cast includes Paula Patton, Pam Grier and Phylicia Rashad. 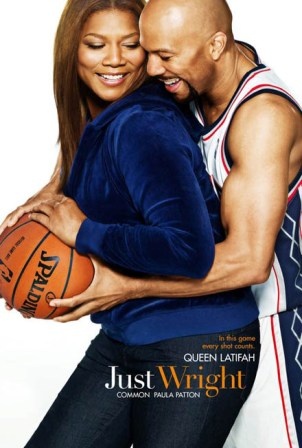 To see a trailer for "Just Wright," visit: http://www.youtube.com/watch?v=r0NUHCbx4NA