Tasha Smith: The 'My Black Is Beautiful' Interview 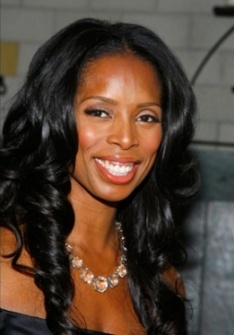 Tasha Smith and her identical twin, Sidra, were born on Feb. 28, 1971 in Camden, N.J. Being raised by a single-mom in a crime and drug infested neighborhood proved to be almost too much of a hurdle for Tasha to overcome as her life spiraled down a self-destructive path marked by promiscuity, marijuana and cocaine addiction, chain-smoking and a stint as a stripper.
Fortunately, she eventually embraced Christianity, cleaned up her act and moved to L.A. where she tried her hand at standup comedy before settling on an acting career. The versatile scene-stealer has since appeared in such movies as Couples Retreat, The Longshots, Daddy's Little Girls and Why Did I Get Married, to name a few.
When not working, Tasha gives back to the community, dividing her time between making motivational speeches and teaching actor's workshops all across the country. Here, she talks about reprising the role of Angela in Why Did I Get Married Too, as well as her new TV series, My Black Is Beautiful, a reality series premiering this month on BET. (Check local listings)

To see a trailer for My Black Is Beautiful, visit: http://myblackisbeautiful.com/tv_show/#episode3

To see a trailer for Why Did I Get Married Too, visit:
http://www.youtube.com/watch?v=NSONVGYiIHo