Jennifer Hudson on Life, Motherhood and Perfecting an Accent 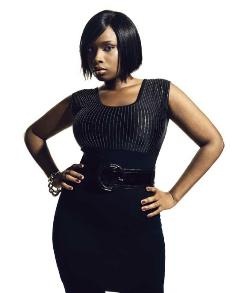 NEW YORK (AP) -- Crazy diets, Jennifer Hudson doesn't do. Crazy workouts? Now, that's something she can get into.
"I have a ball. It's fun," the 28-year-old said in a recent interview. "I remember one time I had a weight loss, and that's all I did all day was work out. I'd do the workout tape, I'd run up the steps for about 20 or 30 minutes, go outside, jog around the block, go to the gym -- all in one day."
Though Hudson has lost pounds recently -- a drop she credits to Weight Watchers, for which she is a new spokeswoman -- she hasn't had all day to exercise of late. Not only is she the mother of an almost 1-year-old son, she's working on the follow-up to her Grammy-winning debut CD, and she's also getting ready to start filming a biopic about South African activist Winnie Madikizela-Mandela, the ex-wife of Nelson Mandela.
Hudson spoke about the her music, learning to balance career and family, and her nervousness about perfecting that South African accent.
--------
AP: Being in Hollywood, we hear so much about stars dieting. Was there pressure on you to do different diets?
HUDSON: No. For the most part, I've been asked to stay the same -- "This is your image, this is who you are, you should stay here," which is fine with me. Again, I'm just as comfortable now as I was however many pounds ago, however many sizes ago. I never really felt pressure to say, "OK, I need to be a size 2, a size 0." I don't want to be that, and I will never be that. And that's fine with me. So it was never, "OK, I need to be this because this is the way Hollywood says you're supposed to be."
AP: You're going to be playing Winnie Mandela in a new movie.
HUDSON: It's such an amazing honor. I'm so excited about it. Right now it's very fresh; just the preparation for it, it's getting pretty close, less than a month away or so, and then I'll head in to Africa and just be in that environment and hop into the character. So I'm very excited about it, very excited about it.
AP: How is your accent?
HUDSON: That is the part that I am most concerned with. I actually start this week with the dialect coach. This is to be continued. ... Aaughh!!
AP: Did you do a lot of research? Have you met her?
HUDSON: I haven't had a chance to meet her. I would love to. I've been looking at clips, reading books, anything I can find. But I think what would benefit me the most is, of course, meeting her.
AP: Have you started working on a sophomore album yet?
HUDSON: I am in the recording process, at least 10 songs in. It's between film and music right now, working on the album, but it won't be out until September. I think it will definitely be a different direction and I'm so excited about that. I want this album to feel good. Just hearing the feedback from the music being heard. ... The reaction to it, I love it. So I'm like, wow, I want this album to be good, but I definitely want it to be very much me, and I just hope the fans embrace it.
AP: What has it been like going back to work as a new mom?
HUDSON: Whew! Trying to find the balance. Like, everything is so demanding. Work is demanding, of course; being a new mom is demanding. And it's so hard to part from the baby, because he's so new and I want to spend every minute, every chance I can get with him. But it's good. Its just a matter of finding balance for me, and balancing it out, so I'm working on it, and I'm learning.