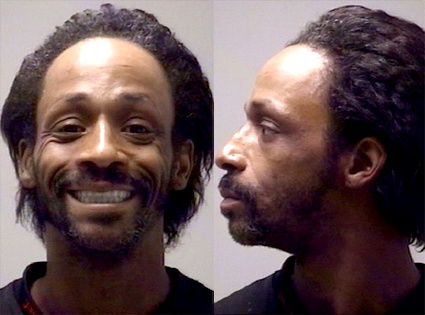 ATLANTA (AP) -- Comedian and rapper Katt Williams remained jailed in suburban Atlanta on Monday after police said they arrested the entertainer for breaking into a home.


Williams, who police say is 38, is charged with burglary and criminal trespassing, according to Coweta County Sheriff's Office Major James Yarbrough.
A deputy at the Coweta County Jail confirmed Williams was being held there and that a magistrate set bond at an arraignment Monday afternoon. He has since been released.
Yarbrough said the Sunday night incident happened at a home in Newnan, about 38 miles (60 kilometers) southwest of Atlanta, on a residence in which Williams was staying. Yarbrough said the unidentified homeowner called police around 9 p.m. to report the comedian "gained entry by breaking into the home, and items were taken from the residence."
Yarbrough said jewelry was taken, but did not have further details.
Williams, whose real name is Micah S. Katt Williams, is known for his roles in the movies "Friday After Next" and "Norbit." His comedy DVD, "Katt Williams: Pimpadelic," was no. 8 in the nation for sales during the week of Oct. 30, according to Nielsen/VideoScan.
But lately the entertainer has gained as much attention for criminal troubles as for his quips.
He was briefly jailed last November after New York police who pull him over for driving without a license plate discovered three guns. Manhattan prosecutors dropped weapons charges in July after running into problems proving their case.
A judge sentenced Williams to three years' probation in 2006 after he pleaded no contest to a misdemeanor count of carrying a concealed firearm. Authorities had arrested Williams on Nov. 6 at Los Angeles International Airport after finding a gun in his briefcase.
Williams lives in Woodland Hills, California.
Yarbrough said police believe the entertainer was in Georgia working on a film.