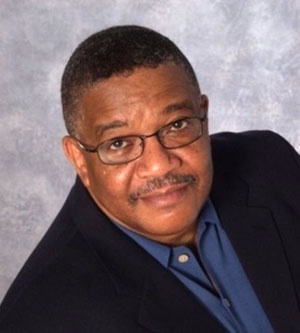 Born in Grand Rapids, Mich., Emmy Award-winner Dante James is an independent filmmaker who has produced and directed numerous award-winning documentaries as well as a critically-acclaimed dramatic short film. In June 2006 James, accepted an appointment as Artist-in-Residence instructor/filmmaker at Duke University, and the following year he conceptualized, produced, and directed "The Doll," based on a short story by Charles W. Chesnutt. "The Doll," subsequently screened at film festivals around the world, including the Pan African International Film Festival in Cannes.
In 2006, Dante received three Emmy nominations for his work on the PBS series "Slavery and the Making of America," for which he was awarded an Emmy for his work as series producer. He has also been recognized as a distinguished alumnus by Grand Valley State University in 1994, and in December 2007 when he delivered the commencement address the university awarded him a Doctorate of Humane Letters. In addition, he has earned a Masters Degree from Duke University.
In 2010, James plans to turn his creative efforts to the production of an independent feature film, which will be shot in Detroit and in his hometown of Grand Rapids, Michigan. Here, Dante discusses his latest offering, "Harlem in Montmartre, a Paris Jazz Story," for PBS's Great Performances. The documentary tells the story of the jazz age in Paris between 1920 and 1945. It explores an abandoned but crucial aspect of the African-American cultural experience and its effect on the international stage. The documentary will air on PBS at 8 PM (ET/PT) on Aug. 26. (Check local listings)